Australian Olympic basketball star Liz Cambage pulled out of the Tokyo Games Friday, citing a struggle with her mental health fuelled by the thought of "terrifying" isolation in the Olympic bubble. 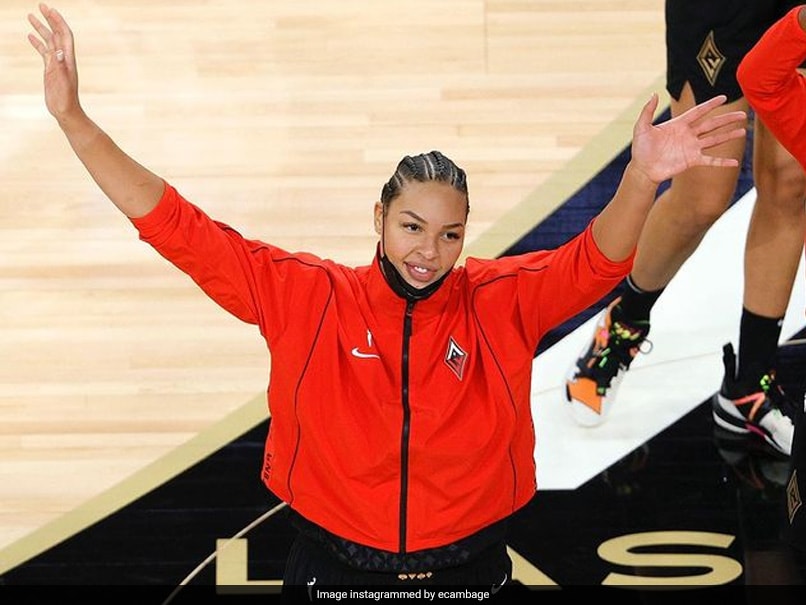 Liz Cambage won bronze with the Opals at the 2012 London Olympics.© Instagram

Australian Olympic basketball star Liz Cambage pulled out of the Tokyo Games Friday, citing a struggle with her mental health fuelled by the thought of "terrifying" isolation in the Olympic bubble. Cambage -- a stalwart of Australian women's Olympic basketball team, the Opals -- said she could not confidently compete on the world stage while suffering "panic attacks, not sleeping and not eating". "I've been really worried about heading into a 'bubble' Olympics," the four-time WNBA All-Star said in a statement. "No family. No friends. No fans. No support system outside of my team. It's honestly terrifying for me." "It breaks my heart to announce I'm withdrawing from the Olympics, but I think it's best for the Opals and myself."

"Liz has made a great contribution to the Australian Olympic Team over two Olympic Games campaigns," Chesterman said.

"We respect her decision and wish her the best in returning to full health."

The 29-year-old won bronze with the Opals at the 2012 London Olympics.

She is the second Australian basketballer to withdraw from the Games citing mental health concerns after former Dallas Mavericks swingman Ryan Broekhoff pulled out in June.

Earlier this year, Cambage briefly threatened to boycott the competition over a lack of racial diversity in promotional photos published by the Australian Olympic Committee.

The Committee said future photo shoots would reflect its diversity of athletes.

Comments
Topics mentioned in this article
Basketball Olympics 2020
Get the latest updates on ICC Women's Cricket World Cup 2022 and IPL 2022, check out the Schedule , Live Score and IPL Points Table. Like us on Facebook or follow us on Twitter for more sports updates. You can also download the NDTV Cricket app for Android or iOS.