Tokyo Games: Other than splendid performances by Mary Kom, PV Sindhu, Manika Batra, the Indian contingent had an underwhelming Day 3 at the Olympics. 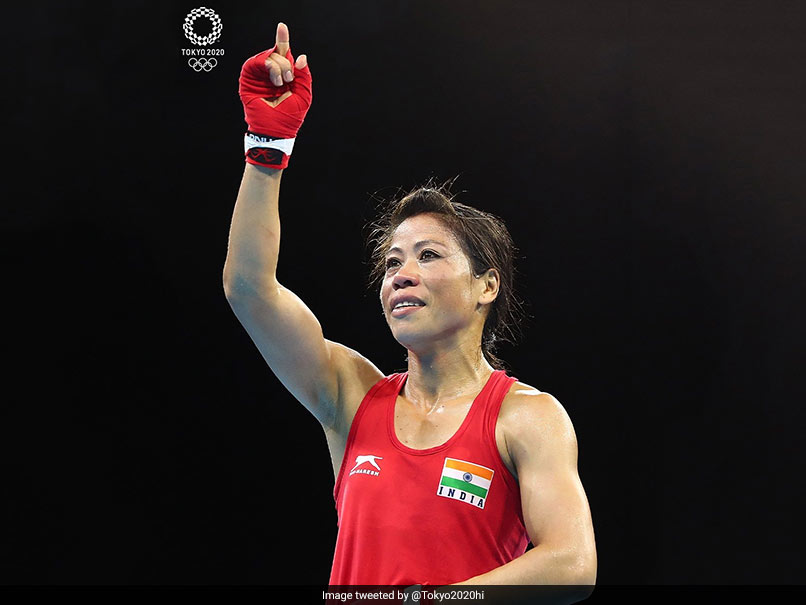 The shooters came undone once again and the hockey team took a hammering but badminton ace P V Sindhu, boxing great M C Mary Kom and table tennis star Manika Batra went about their jobs with trademark resolve to keep India's Olympic campaign on track despite a medal-less third day at the Games, on Sunday. A day after Mirabai Chanu sent Indian spirits soaring with her weightlifting silver, it was a huge disappointment at the Asaka shooting range where the young Indian marksmen and women failed to make a single final.

It ended with another disappointment when the men's hockey team was literally toyed with by world number one Australia, which prevailed 7-1 in one of the most lopsided contests at this stage.

In between these two major disappointments, there were some successes to be celebrated with Sindhu, Mary Kom and Batra showcasing the woman power of the contingent. The 26-year-old Sindhu, seeded sixth, beat the 58th ranked Ksenia Polikarpova 21-7 21-10 with consummate ease to start her quest for a second Olympic medal in style.

Batra, on the other hand, had to toil hard to upstage world number 32 Margaryta Pesotska and she did that with finesse to make the women's singles third round.

The world number 62 from India made a remarkable comeback after losing the first two games to prevail 4-11, 4-11, 11-7, 12-10, 8-11, 11-5, 11-7 in a match that lasted 57 minutes. In the boxing ring, six-time world champion Mary Kom (51kg) powered into the pre-quarterfinals after a superb tactical victory over Dominican Republic's Miguelina Hernandez Garcia.

The 38-year-old Mary Kom, who is a 2012 Olympic bronze-medallist, prevailed 4-1 against a rival who is 15 years her junior to start her pursuit of a second medal.

It was a deflating day overall with tennis veteran Sania Mirza, partnering Ankita Raina, bowing out from the women's doubles contention after actually dominating for a good part of their match against Ukrainian twin sisters Nadiia and Liudmyla Kichenok. But nothing beat the heartbreak at the shooting range where 19-year-old Manu Bhaker, appearing in her maiden Games, finished 12th after losing nearly 20 minutes during the qualifications when the cocking lever in her pistol broke down.

Yashaswini Singh Deswal, the other first-timer at the Games, ended 13th, with a total score of 574. In the men's 10m air rifle event, both the experienced Deepak Kumar and the teenaged Divyansh Singh Panwar finished a lowly 26th and 32nd respectively.

Deepak aggregated 624.7 while Divyansh shot 622.8 over the six series, scores which were never going to be enough to make the final. Taken together, the first two days' performance, or, the lack of it, is certainly going to raise a few eyebrows within the Indian shooting fraternity, including the National Rifle Association of India (NRAI), which has done its bit in preparing its athletes.

It was mayhem at the hockey field where Australians simply steam-rolled the men's team with a sensational star turn. It would take quite a lot from the side to recover from this 1-7 thrashing and make fresh ground in the clash against Spain on Tuesday.

There were no medal hopes in rowing, but Arjun Lal Jat and Arvind Singh produced the best-ever Olympic performance by Indian rowers as they entered the men's lightweight double sculls semifinals. The Indian duo clocked 6:51.36 to finish third in the repechage round at the Sea Forest Waterway which will ensure that they will sign off inside the top 12 at least, a major improvement for the country's rowing performance.

In sailing, Nethra Kumanan was placed 27th after two races while Vishnu Saravanan was at 14th after his first race. Kumanan finished 33rd in the first race of the women's laser radial before recovering a bit by taking the 16th spot in the second for an overall 27th place with 49 net points.

Saravanan then finished 14th in the men's laser event before the second race was postponed due to bad weather conditions at the Enoshima Yacht Harbour. India's lone gymnast, Pranati Nayak, also failed to qualify for the All Round finals of Artistic Gymnastics competition.

The 26-year-old from West Bengal recorded a total score of 42.565 over the four categories -- floor exercise, vault, uneven bars and balance beam -- at the Ariake Gymnastic centre. There was expected disappointment in swimming too as both Srihari Nataraj and Maana Patel's Olympic campaign came to an end after they failed to qualify for the semifinals of their respective events.

Competing in their maiden Olympics, both swimmers were unable to match their personal best performances in the 100m backstroke events. Srihari managed a time of 54.31s to finish his men's 100m backstroke heat at sixth. He was ranked 27th among the 40 swimmers.

The top 16 swimmers qualify for the semifinals. On the other hand, Maana finished with a time of 1.05.20. On Monday, the women's hockey team will look for a fresh start when it takes on Germany after being outplayed by the Netherlands in the lung-opener.

Sumit Nagal will take on Russian Daniil Medvedev in his men's singles second round match of the tennis competition. The men's archery team will also be in action against Kazakhstan.

Mary Kom Olympics 2020 Olympics Manika Batra
Get the latest updates on SA vs IND 2021-22, check out the Schedule and Live Score . Like us on Facebook or follow us on Twitter for more sports updates. You can also download the NDTV Cricket app for Android or iOS.