Ahead of the Tokyo Games, India foreign coach Park Tae-sang believes that Taiwan's Tai Tzu would be PV Sindhu's biggest rival at Olympics. 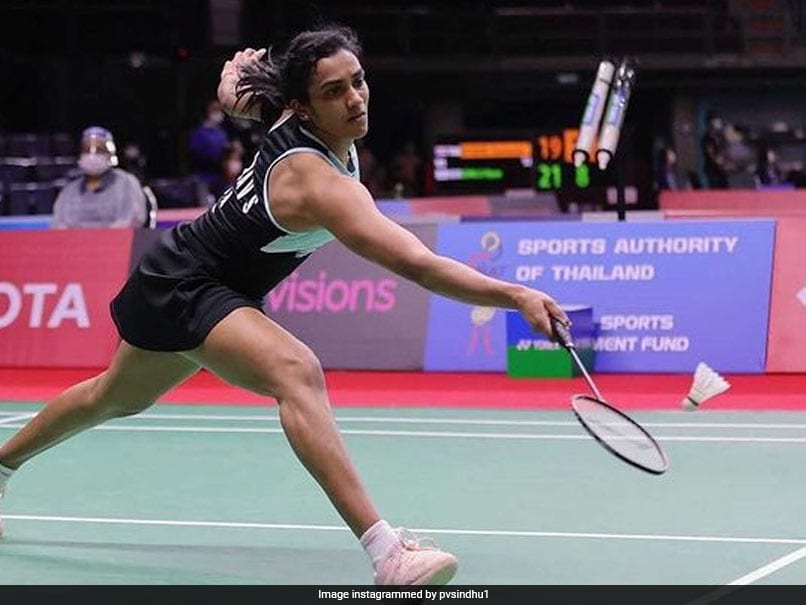 A weak defence was the reason behindP V Sindhu's slip in performance early in the year and the COVID-induced break has helped her address the flaw and also work on her motion skills ahead of the Tokyo Olympics, said India's foreign coach Park Tae-sang. The 42-year-old, who was roped in for India's men's singles players in 2019, has been training Sindhu following the departure of fellow Korean coach Kim Ji Hyun after the Basel World Championship two years ago.

"Sindhu's defence is weak compared to her attack. So I have been focussing on her defence training before the Olympics," Park, who was the national coach with the Korean team from 2013 to 2018, told PTI.

"When Olympic was postponed, I thought it was an opportunity to work on her motion skills, and net training. All top players like Akane Yamaguchi, Tai Tzu Ying all know that Sindhu has got a strong attack, so they wait for her powerful smash.

"So we have tried to work on her defence which has been her weakness. So the idea was to help her get some variation from the back of the court, like playing more drops or tosses or half smashes."

Sindhu didn't get much success after returning to the court following the COVID-19 break. She exited at the first round and quarters of the first two Super 1000 events in Thailand and also failed to reach the knockout stage at the World Tour Finals.

The Indian, however, made it to the finals of Swiss Open only to suffer a demoralising loss to Spain's Olympic champion Carolina Marin. She also went down without a fight against Thailand's Pornpawee Chochuwong in All England semifinals.

"I know a lot of people felt there was something not right with her physical strength when she lost in Thailand Open but it wasn't so. She reached the Swiss final, and All England semifinal and fitness has not been a problem," Park said.

"Her defence was the one only problem. (Carolina) Marin and Pornpawee (Chochuwong) are good attacking players, they were using a lot of half smash and straight smash, and when Sindhu's defence goes down on a day, it affects her other skills as well, she gets nervous. But now she has improved a lot in her defence as well. Her endurance on the court is also good."

With Marin pulling out of the Games due to a knee injury, Park has no doubt that Tai Tzu would be Sindhu's biggest rival at the Olympics.

"Tai Tzuwill be the number one rival of Sindhu at the Games. She also doesn't have a good record against Ratchanok. Both Tai Tzu and Ratchanok Inthanon have great pick up speed, they have great motion skills," he said.

"They make opponents run across the court with their deceptions and they are technically very strong."

So how do you prepare against such quality players training at the Gachibowli Stadium?

"We had 3-4 boys from Suchitra academy sparring with her every day. Sometimes it is 3 to 1, like one at the front and two at backcourt or some rotation for various durations like 5 to 10 minutes," he explains. "I would instruct the boys to play some particular strokes to confuse Sindhu like a motion cross, slice smash, body smash so that it improves her defence.

"A lot of time is also spent watching old videos of the players and analysing their games." Park is also aware of the problems that the Chinese duo of Chen Yu Fei and He Bing Jiao can pose to Sindhu, especially since they haven't played since the 2020 All England Championship.

"...we don't know their current conditions and styles. But they know Sindhu's style since she has participated in the tournaments this year," Park said. "I am aware of this. So we are watching all old videos like the 2019 world championship or the World Tour Finals where she has played these players and then having open conversations about the games."

With the last three qualifiers being cancelled, will lack of match practice be an issue?

"All players are sad that events got cancelled. Since All England no event was possible but this is a good chance ...it gave us a chance to work on Sindhu's motion skills."

"...the thing is opponent also don't know about Sindhu's new skills and we also don't know their skills. So same condition for all but I like to see it as an opportunity."

Park also feels lack of spectators at Tokyo due to COVID-19 will actually help Sindhu when she takes on the Japanese players.

"...Japan has a strong badminton contingent and Sindhu is likely to play against them in the knockout stage so they won't be able to cheer for their players, so good for Sindhu, there won't be any home advantage."

The Korean, who had participated in the 2004 Olympics, hasn't been home since February last year.

"My daughter is four now. I could just stay with them for 13 days. It is sad but training Sindhu has also been a great challenge and I hope I can help India win its first gold in badminton," he signed off.

PV Sindhu Olympics 2020 Olympics
Get the latest updates on India vs South Africa and check out  Schedule, Results and Live Score. Like us on Facebook or follow us on Twitter for more sports updates. You can also download the NDTV Cricket app for Android or iOS.