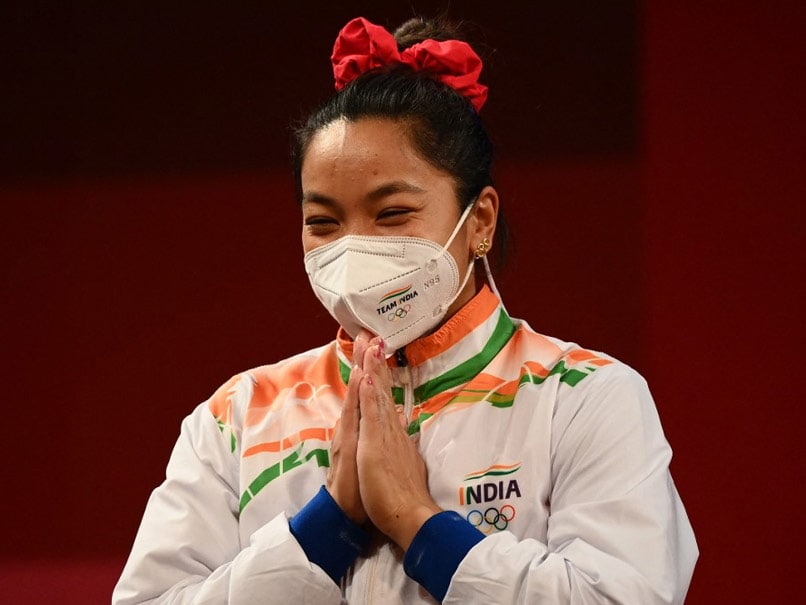 Weightlifter Mirabai Chanu lifted a total of 202kg to win the silver medal at the Tokyo Olympics.© AFP

Comments
Topics mentioned in this article
Olympics 2020 India Mirabai Chanu Weightlifting Olympics
Get the latest updates on Fifa Worldcup 2022 and check out  Fifa World Cup Schedule, Stats and Live Cricket Score. Like us on Facebook or follow us on Twitter for more sports updates. You can also download the NDTV Cricket app for Android or iOS.