Neeraj Chopra and India's other Olympic heroes were met with a grand welcome upon their return to Delhi from Tokyo. 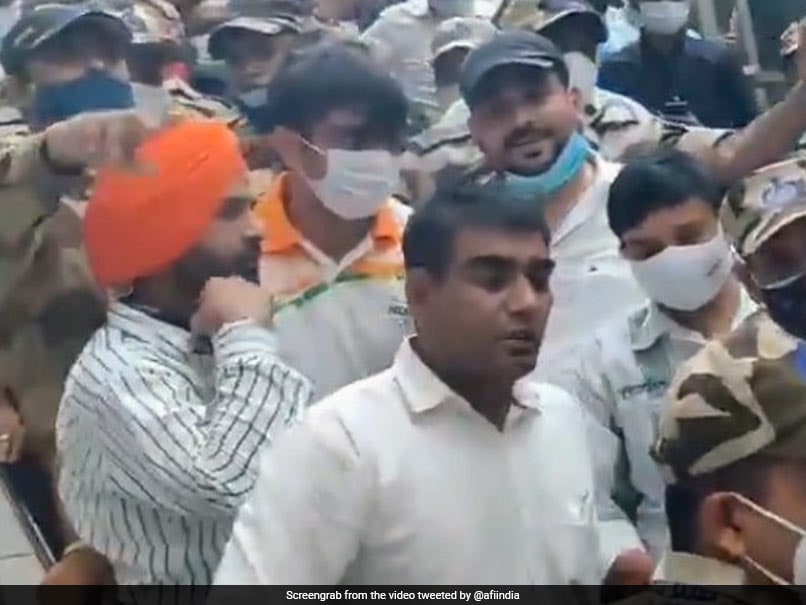 Neeraj Chopra at the New Delhi airport after returning from Tokyo.© Twitter

Neeraj Chopra, India's new 'Golden Boy', returned to Delhi on Monday from Tokyo and was greeted by a huge crowd. Neeraj Chopra won the gold medal in men's javelin throw at the Tokyo Olympics, and the history-maker was accorded a grand welcome at the Indira Gandhi Airport in the the capital. The Athletics Federation of India shared a video of Neeraj Chopra's "grand entry". "That's the great Grand entry of #India's first track & field #Olympics Champion #NeerajChopra," AFI tweeted.

In another video, Neeraj Chopra can be seen being escorted to a car amidst a sea of people.

Neeraj Chopra, Bajrang Punia, Lovlina Borgohain, Ravi Dahiya and the men's and women's hockey teams, as well as other athletes touched down in Delhi on Monday.

The Tokyo Olympics came to a close on Sunday. India registered its best-ever medal haul at the Olympics in Tokyo, with one gold, two silver and four bronze.

Comments
Topics mentioned in this article
Olympics 2020 India Neeraj Chopra Olympics
Get the latest updates on ICC Women's Cricket World Cup 2022 and IPL 2022, check out the Schedule , Live Score and IPL Points Table. Like us on Facebook or follow us on Twitter for more sports updates. You can also download the NDTV Cricket app for Android or iOS.