Vinesh Phogat's progress was halted when she sustained a knee injury in her quarterfinal match against Chinese rival Sun Yanan and the bout had to be stopped. On the other hand, Saina Nehwal also suffered a premature exit from the Rio Olympics because of inflammation on her right knee 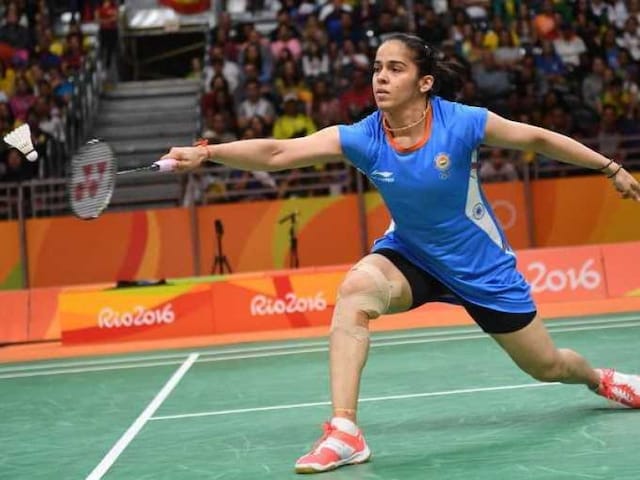 Saina Nehwal had suffered a premature exit from the Rio Olympics owing to a knee injury.© AFP

As India celebrated P.V. Sindhu's silver in the women's badminton singles and Sakshi Malik's bronze in wrestling in the Rio Olympics, External Affairs Minister Sushma Swaraj on Saturday sent out words of support to another Indian woman wrestler who suffered a heart-rending injury in her quest for glory.

Known for her active use of social media, Sushma Swaraj said on Twitter that she spoke to Vinesh Phogat who suffered a ligament injury.

I spoke to @phogat_vinesh . She has ligament injury. /1

Dr Rucha Kashalkar Physiotherapist is attending on her. Our @cgisaopaulo Abhilasha Joshi is in constant touch. @indiainbrazil /2

Vinesh had sustained what seemed to be a serious knee injury during her bout against Sun Yanan of China in the quarter-finals of the women's Freestyle 48kg category at the Carioca Arena 2 Rio de Janeiro on Wednesday.

After an MRI test, doctors concluded that there was a ligament tear and injury to muscles in the outer part of the knee area and that recovering in such cases is ensured but Vinesh would have to rest and move around in crutches for two weeks.

Sushma Swaraj is actively following the Indians in the Olympics was evident when she tweeted support to injured Saina Nehwal while congratulating P.V. Sindhu.

Every Indian prays for your speedy recovery. @NSaina

With P.V. Sindhu winning a silver after 1-2 loss to Spain's Carolina Marin in the badminton women's singles final on Friday, the External Affairs Minister said:

Comments
Topics mentioned in this article
Olympics 2016 Olympics Olympics Olympics
Get the latest Cricket news, check out the India cricket schedule, Cricket live score . Like us on Facebook or follow us on Twitter for more sports updates. You can also download the NDTV Cricket app for Android or iOS.