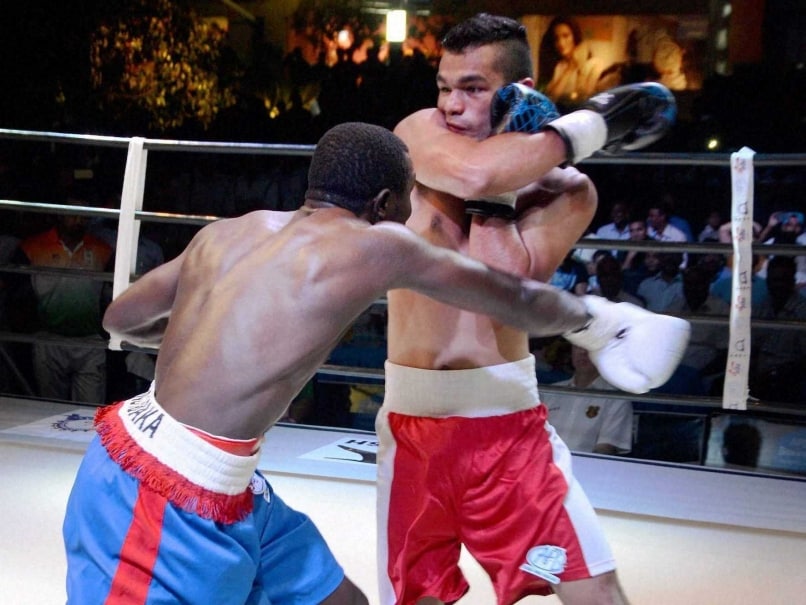 Vikas Krishan (right) is one of the boxers will compete in the Olympics qualifiers in Baku.© PTI

A final shot at Olympic berths for most of them, a nine-member strong Indian boxing team, comprising the likes of Asian Games gold-medallist Vikas Krishan and Commonwealth silver-winner L Devendro Singh, on Sunday left for the AIBA World Olympic Qualification Event June 16 in Baku, Azerbaijan.

Only one Indian boxer - Shiva Thapa (56kg) - has qualified for the Olympics so far and except for Vikas (75kg), who has made the cut for the final Olympic qualifiers via the AIBA Pro Boxing route, the tournament in Azerbaijan is the last chance for the rest of the squad.

"The boys have worked very hard. This being the last chance to qualify for the Olympics, all of them are desparate to put their best foot forward," national coach Gurbax Singh Sandhu said before the team's departure.

"I hope things go positively for us in this event and we have more qualifiers."

Since Shiva has already qualified for Rio in 56kg, India will not be fielding any boxer in this category even though he will travel with the team for training with other already qualified boxers from around the world, who would be converging in Baku.

"The draw is going to be big because the final qualifier is primarily a pro event where boxers from only the AIBA Pro Boxing and World series of Boxing along with other pros would be allowed. So, amateurs only have this one chance left and the pressure is going to be immense on all the boxers who would be coming," Sandhu said.

India's best bets, apart from Devendro and Vikas, would be Sumit Sangwan (81kg), a former Asian gold medallist, who has been laid low for some time owing to injuries.

The 23-year-old would be expected to have a decent shot at a Rio berth as his category has 5 places on offer.

Devendro (49kg), on the other hand, and Gaurav Bidhuri (52kg) have a tougher challenge at hand as they would have make the final at least to qualify for Rio.

In the 64kg division, the seasoned Manoj Kumar (64kg) would also be eyeing one of the five spots on offer in his weight.

Comments
Topics mentioned in this article
Olympics 2016 Boxing
Get the latest updates on IPL 2021, IPL Points Table , IPL Schedule 2021 , live score . Like us on Facebook or follow us on Twitter for more sports updates. You can also download the NDTV Cricket app for Android or iOS.