Rio to bid for Formula 1 race

Rio de Janeiro Mayor Eduardo Paes is reportedly preparing a bold proposal to bring Formula One to the Brazilian city. 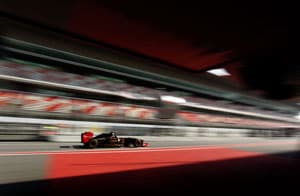 Rio de Janeiro Mayor Eduardo Paes is reportedly preparing a bold proposal to bring Formula One to the Brazilian city.

Paes is seeking talks with F1 CEO Bernie Ecclestone about the prospect of making Rio Brazil's second venue on the championship calendar after the Interlagos track in Sao Paulo, reports Xinhua.

It is understood Paes is hesitant to enter in a direct dispute with Sao Paulo for the event, but will do so if Ecclestone rules out the prospect of staging two Grand Prix races in the country.

Speaking at an announcement for Rio's new international speedway Friday, Paes said: "Be prepared Sao Paulo because I am going to steal the Formula 1 from you."

Interlagos, which is contracted to host an annual F1 race until 2015, was Brazil's first Grand Prix home in the 1970s before losing its host status to Rio de Janeiro's Jacarepagua circuit in 1981.

The event returned to Interlagos in 1990 and has remained there since.

Comments
Topics mentioned in this article
Force India French Grand Prix Alessandro Zanardi Fernando Alonso Formula 1 Indianapolis Grand Prix Olympics 2012 Brazil
Get the latest Cricket news, check out the India cricket schedule, Cricket live score . Like us on Facebook or follow us on Twitter for more sports updates. You can also download the NDTV Cricket app for Android or iOS.