Pratima was found hanging from the ceiling fan of her hostel room in Pune. It is learnt that she was suffering from depression for some time. 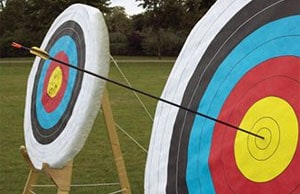 In a shocking incident, Pratima Boro, an international archer from Assam, committed suicide on Friday at the Army Sports Training Centre in Pune where she has been participating in the national camp.

Pratima, in her early 20s, was found hanging from the ceiling fan of her hostel room by her bed sheet. It is learnt that she was suffering from depression for some time.

Her colleagues got suspicious as she was absent for the morning session of the national camp for the recurve event and they had gone to look for her.

"When her friends went to her room, they found it locked from the inside. They opened it and found her hanging from the ceiling fan using her bed sheet," said a source at the camp.

The exact reason for Pratima taking the extreme step was not known. Her body has been sent for a post mortem.

The source added that the Army Sports Training Centre where Pratima was found hanging did not have women wardens.

Since the Archery Association of India has been de-recognised by the Sports Ministry, the camp for the recurve event was being held at Army Sports Training Centre and not at the Sports Authority of India centre.

Pratima was a member of the Indian recurve women's squad for the 2009 World Cup Stage IV in Shanghai and World Championships later that year. She was earlier a cadet of Tata Archery Academy in Jamshedpur.

Comments
Topics mentioned in this article
Olympics 2012 Archery Other Sports
Get the latest updates on ICC T20 Worldcup 2022 and CWG 2022 check out the Schedule, Live Score and Medals Tally. Like us on Facebook or follow us on Twitter for more sports updates. You can also download the NDTV Cricket app for Android or iOS.