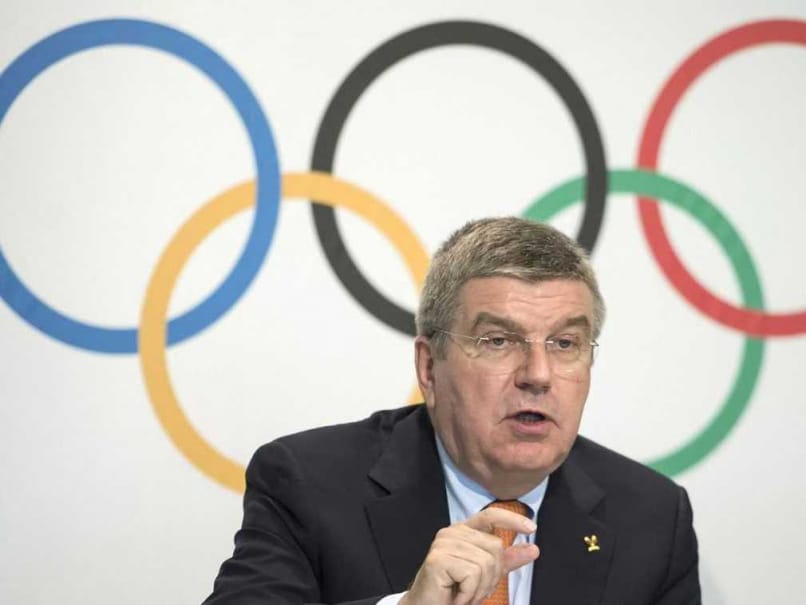 International Olympic Committee President Thomas Bach says the final decision on the host city for 2024 Olympics will be taken in 2017.© AP
Geneva:

IOC president Thomas Bach said there were five "outstanding cities" in the race for the Summer Games, reports Xinhua. "We are welcoming five outstanding and highly qualified candidate cities," said Bach in a statement.

"Olympic Agenda 2020 has shaped the candidature process more as an invitation and the cities have responded by engaging with the IOC through dialogue and cooperation."

"In the new invitation process, the IOC learnt that all the candidates are embracing Olympic Agenda 2020 from their respective vision for the future of their city. Sustainability and legacy are the cornerstones of each candidature," he added.

The IOC will select the host city at its session in Peru in 2017.

Comments
Topics mentioned in this article
Olympics 2012
Get the latest updates on India vs England Series, India vs England , live score and IPL 2021 Auction . Like us on Facebook or follow us on Twitter for more sports updates. You can also download the NDTV Cricket app for Android or iOS.