A Rupert Murdoch-controlled Australian tabloid on Wednesday laughed off a stinging rebuke from North Korea after it described the nuclear-armed state as "Naughty Korea" in its Olympic medal tallies. 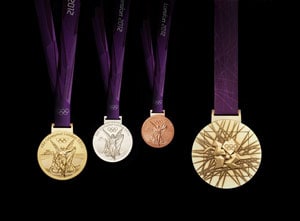 A Rupert Murdoch-controlled Australian tabloid on Wednesday laughed off a stinging rebuke from North Korea after it described the nuclear-armed state as "Naughty Korea" in its Olympic medal tallies.

In an outburst from its official KCNA news agency, Pyongyang scolded the mX paper it wrongly named as "Brisbane Metro" for the "sordid"Â  behaviour that it said had "caught the world interest for degrading itself".

"This is a bullying act little short of insulting the Olympic spirit of solidarity, friendship and progress and politicising sports," KCNA said.

It went on to say the "foolish" paper had discredited itself by listing North Korea as "Naughty Korea" while democratic South Korea was tagged as "Nice Korea" in the mX Olympic medal tally.

"How pitiful it is. The Brisbane Metro will remain as a symbol of rogue paper for its misdeed to be cursed long in Olympic history," KCNA raged.

But mX, a free tabloid published by Murdoch's News Limited in Brisbane, Sydney and Melbourne, fired back with the front-page headline in all editions, "N. Korea launches missive (...that's missive)".

"North Korea has mX in its sights," the paper said in its Wednesday afternoon edition, which was accompanied by a photograph of leader Kim Jong-Un and loaded with jokes about the reclusive regime's nuclear ambitions.

The three papers' editors, which all published the same tally, said Pyongyang had gone "ballistic" over what they said was overwhelmingly seen by readers as it was intended -- as "a bit of light-heartedness".

"mX is widely known for its irreverent take on the news and the London 2012 Olympics are being approached with that perspective in mind," they said in a statement.

"The two teams (South Korea and North Korea) were sitting in fourth and fifth spot respectively on the medal ladder and we thought it would be a humorous, but harmless way of differentiating between the two, and a reflection on how much of the Western world views the two countries."

The editors said the tally received an enormous response online and the joke was in no way intended to offend the athletes or citizens of either South Korea or the North.

Comments
Topics mentioned in this article
Olympics 2012
Get the latest updates on IPL 2020, check out the IPL Schedule for 2020 and Indian Premier League (IPL) Cricket live score . Like us on Facebook or follow us on Twitter for more sports updates. You can also download the NDTV Cricket app for Android or iOS.