Mental side of sports: It's not just for Olympians

Now that you've been watching the world's top athletes compete in London, you may be inspired to go out and pursue your own sport at  less than an Olympic level. But even without their talent or practice regimens, you can take a lesson from what Olympians know: The mental game matters, too. 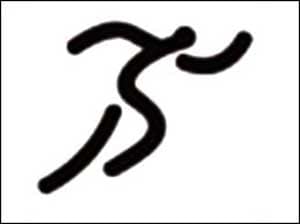 Now that you've been watching the world's top athletes compete in London, you may be inspired to go out and pursue your own sport atÂ less than an Olympic level. But even without their talent or practice regimens, you can take a lesson from what Olympians know: The mental game matters, too.

Experts say even weekend warriors can benefit from the kinds of mental strategies elite athletes follow, things like following a routine or adopting a mantra to guide you through crucial movements.

Megan Rapinoe has a routine at the Olympics. The midfielder on the American soccer team says she gets "into the zone" on the way to the stadium by putting on headphones and listening to Florence and the Machine, Kings of Leon and a little Katy Perry.

Make sense? Actually, most people don't have much of a clue about what goes into the mental side of sports, says Daniel Gould, a professor of applied sports psychology at Michigan State University.

They probably wouldn't think of singing to themselves as they step up to make a free throw. But if the game is on the line, it may not be a bad idea, says a researcher who studies one of the most unpleasant experiences in sports,Â  choking under pressure.

That's "when we have the ability to perform at a high level, and we just can't pull it out when it matters the most, whether it's in the Olympics or when you're playing with your buddies for a six-pack," says Sian Beilock, a University of Chicago psychologist.

"When all eyes are on us, when there's something on the line, we often don't ... put our best foot forward."
That's certainly what appeared to happen at the Olympics this week when U.S. gymnast Danell Leyva spun out of control on the pommel horse. Then it was teammate John Orozco's turn, as his rear end suddenly dropped onto the horse in the middle of his routine.

Why do athletes choke? They start worrying about the consequences of failure, what's on the line, and what others will think of them.

That's the word from Beilock, who has studied the topic for a decade and written a book called "Choke."

When the big moment arrives, the athlete tries to take control by thinking about the mechanics of how to toss that basketball, make that putt, or swing that racquet.

"That's the worst thing you can do in the moment," Beilock says. "What messes you up is not the worries, but the overattention to detail."

Or as Yogi Berra once put it, "How can you hit and think at the same time?"

So how do you keep your skill on autopilot, so it works the best?

Take your mind off the details of your movement. Sing to yourself or count backward by threes as you step up to the crucial shot, advises Beilock, who used the song trick while playing lacrosse in college. Maybe you can just say "smooth" or "straight" to yourself as a mantra as you act.

Another trick is to get used to pressure situations by practicing under the gaze of an observer or a video camera. Still another is to write down your worries before a big event. It's "almost like downloading them" from your mind so "they're less likely to pop up and distract you in the moment," says Beilock. She reported in Science magazine last year that this strategy helped students score better on high-stakes exams, and she figures it would probably work for athletes too.

Gould, who has studied how athletes prepare psychologically for the Olympics, says research shows competitors do better when they follow routines before they perform, like a golfer before a putt or a pitcher before throwing.

Each athlete has to discover the routine that works consistently, he says.

Gould used to work with two Olympic skiers. Before each run, one would go off by herself to focus on the course while the other would joke around with her buddies and appear carefree until just before her turn came. "Both of them figured out that's what works for them," he says.

The sport "can drive you crazy. You swing for two minutes and walk around for four hours thinking about the two minutes of swinging," Gould says.

Many golfers have problems dealing with a mistake, "and then that mistake compounds itself to another mistake and another mistake," says Damon Burton, a professor of sport and exercise psychology at the University of Idaho. "I think every golfer can typically benefit from being able to forget about a bad last shot, and focus their attention on the next shot."

How? Burton suggests a moratorium strategy for thinking about a shot you've just made. Celebrate a good one or feel bad if it was a dud, but only for a brief time. "It's all right to be disappointed, but as soon as that club goes back in the bag, that last shot is behind you," he says. After that, when you take your next club out of your bag, "that's a signal to focus totally on that next shot."

In general, he says, it's best for athletes to focus on what they can control in the game. So baseball players should focus on making good contact with the ball, and worry less about the result. If a solidly hit ball ends up as an out, the batter's response should be, "Hey, I did my job on that pitch," Burton says.

And keep your expectations realistic. If you're a casual golfer, don't think every shot will be a gem. "That just leads to nothing but frustration, and that's one of the big enemies of weekend athletes," Burton says. "They just get frustrated real easily and blame everything on their lack of practice.

"I would suggest the best goal for them is, 'I want to go out and play a game I love and have fun doing it.'"

But having fun may not always lead athletes to their "A'' game, says John Raglin of Indiana University who studies the psychology of sports and exercise. While athletes may do better when they enter a game relaxed and confident, studies show that some need high levels of anxiety to do their best.

"You've got to discover for yourself ... what level of anxiety or relaxation works for you," Raglin says.

So a weekend warrior may have to choose: Do I really want to enjoy myself today, or is this the day I want to set a record?