Saying that he was both "happy and sad" at India's performance in the London Olympics, BJP leader L.K. Advani on Sunday called for a "sustained" national debate on how to make India a sports power. 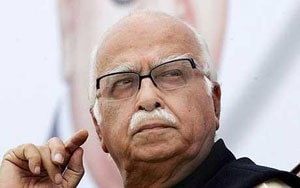 Saying that he was both "happy and sad" at India's performance in the London Olympics, BJP leader L.K. Advani on Sunday called for a "sustained" national debate on how to make India a sports power.

The veteran BJP leader, in his blog published on Sunday, said he was happy with India's tally of six medals at this year's games, but expressed sadness that the world's second most populated country could manage only two silver and four bronze medals.

"India's performance at the just-concluded London Olympics has made me both happy and sad. Happy because our tally of six medals in the 2012 Games has been the best so far - two silver and four bronze," Advani said.

He, however, added that he was also sad as "a nation of 1.2 billion people, accounting for one-sixth of the global population, winning only six medals - and no gold this time, unlike the one gold Abhinav Bindra had won in Beijing - is a highly disconcerting fact."

Advani emphasised the need for a national debate "on how to make India a sports power in the world".

"A prerequisite for any nation to perform well in international sports is for that nation to first make sports a mass activity. India must launch a national mission to provide opportunities and facilities for sports to its entire population," he said.

He also expressed disappointment over India finishing last in hockey, which is the national sport, and recalled the days when it was the world's number one team.

"India's miserable show last week brought back to mind memories of my school days in Karachi. In hockey those days, that is, in the nineteen thirties and forties, India was absolutely peerless. It was at the top of the world," he says.

"Where have we gone wrong? How can we change this situation," Advani asked.

India had won three medals in the 2008 Beijing Olympics -- a gold and two bronze.