Eight players involved in a match-fixing scandal at the Olympic badminton tournament have been disqualified from the Games, a senior source with knowledge of the case told AFP on Wednesday. 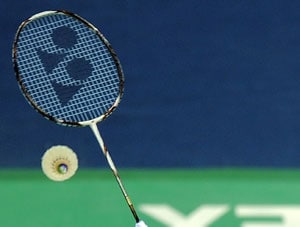 Eight players involved in a match-fixing scandal at the Olympic badminton tournament have been disqualified from the Games, a senior source with knowledge of the case told AFP on Wednesday.

The eight players -- four from South Korea, two from Indonesia and two from China -- were disqualified following a disciplinary hearing of the Badminton World Federation, the source told AFP.

"They have been disqualified from the Olympics," said the source.

All eight had been charged with "not using one's best efforts to win a match" and "conducting oneself in a manner that is clearly abusive or detrimental to the sport".

Angry spectators jeered and booed the players on Tuesday after they appeared to deliberately serve into the net, or hit the shuttlecock long or wide.

They were allegedly attempting to manipulate the final standings in the first-round group stage, with pairs who had already qualified apparently wanting to lose to secure a favourable draw in the next round.

The BWF will hold a press conference later in the day, to answer questions both about the scandal - one of which may be whether the athletes will lose their right to compete in the 2016 Olympics in Rio - and the outcome of the appeal hearing.

Comments
Topics mentioned in this article
Olympics 2012 Badminton
Get the latest updates on India vs South Africa and check out  Schedule, Results and Live Score. Like us on Facebook or follow us on Twitter for more sports updates. You can also download the NDTV Cricket app for Android or iOS.