London 2012: Belarusian out of Olympics for doping - sources 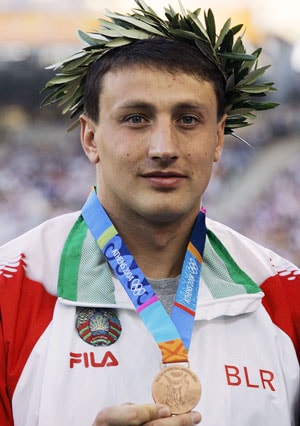 Tsikhan did not take part in the hammer throw on Friday at the London Olympics.

An Olympic official with direct knowledge of the case says Tsikhan had also been caught in IAAF retests in 2005. The official spoke on condition of anonymity to The Associated Press because the results had not been publicly announced.

An IAAF official says Tsikhan, who took silver in Athens, had been pulled by the Belarusian team before Friday's competition because of the retesting relating to the 2004 Games. He also spoke on condition of anonymity because there was no public announcement.