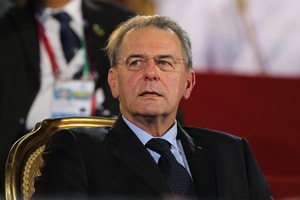 Rogge says it is "a sign that the system works" that only one athlete has so far tested positive for a banned substance on the day of competing at the Olympics.

Seven more athletes were caught in doping controls conducted since the official Games testing period began on July 16. One of the seven competed in London before her test result was known.

Rogge says a further 117 out-of-competition cases were recorded since April, preventing athletes getting to the Games.

Rogge says "these are 117 cheats who are not going to affect the results of the clean athletes."

The IOC chief cautions that some London Games samples are still being analyzed.

Comments
Topics mentioned in this article
Olympics 2012 Cricket
Get the latest updates on ICC T20 Worldcup 2022 and CWG 2022 check out the Schedule, Live Score and Medals Tally. Like us on Facebook or follow us on Twitter for more sports updates. You can also download the NDTV Cricket app for Android or iOS.