The International Olympic Committee opened an investigation on Thursday into the Italian race walker expelled from the London Olympics for doping and could retest the 2008 gold medalist's samples from Beijing. 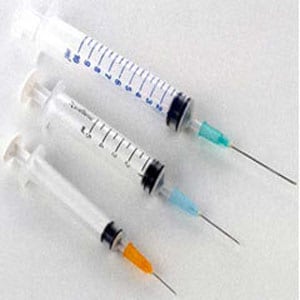 The International Olympic Committee opened an investigation on Thursday into the Italian race walker expelled from the London Olympics for doping and could retest the 2008 gold medalist's samples from Beijing.

Two Olympic officials familiar with the case told The Associated Press that the IOC launched a disciplinary case against Alex Schwazer. He was removed from the team by the Italian Olympic Committee on Monday after testing positive for endurance-enhancing EPO in a pre-competition doping control.

The officials spoke on condition of anonymity because the investigation hasn't been officially announced.

Schwazer, who won the 50-kilometer race walk at the 2008 Beijing Games, has insisted he was clean at the time.

A three-person International Olympic Committee disciplinary panel is now looking into the case and considering whether to retest his Beijing samples for any banned substances.

Previous retroactive tests of Beijing samples caught five athletes, including a gold medalist, for doping. Schwazer broke down in tears on Wednesday at a news conference in Bolzano, Italy, while recounting his use of EPO, saying he made a "huge error" and was sorry.

The IOC stores doping samples from each Olympics for eight years to allow for retesting. Rashid Ramzi of Bahrain was stripped of his 1,500-meter gold medal after retests of Beijing samples showed use of CERA, an advanced version of EPO.

The IOC recently retested about 100 samples from the 2004 Athens Olympics and recorded up to five possible positive results. Athens hammer throw silver medalist Ivan Tsikhan was sent home from London to Belarus last week because his Athens retest came back positive.