Indian weightlifters look to start afresh at the Olympics

They are returning to the Olympics after eight years and more than the medals, the Indian weightlifters would feel the pressure of staying clear of the dope taint which has haunted the country in this discipline for about a decade. 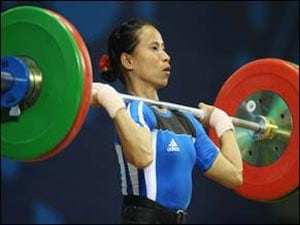 They are returning to the Olympics after eight years and more than the medals, the Indian weightlifters would feel the pressure of staying clear of the dope taint which has haunted the country in this discipline for about a decade.

In fact, little is expected in terms of medals from the two lifters -- K Ravi Kumar (69kg) and N Soniya Chanu (48kg) -- at the London Games but when they enter the arena they would like to script a new beginning.

A beginning should have come about when Karnam Malleshwari (69kg) raised the profile of the game in India by several notches after bagging bronze at the 2000 Sydney Olympics but the downfall started with a innumerable doping scandals.

While Malleshwari failed to repeat her feat in the next Olympics at Athens in 2004, Kunjarani Devi and Sanamacha Chanu also could not bag any medal.

On top of that, Sanamacha and Pratima Kumari tested positive for banned performance-enhancing drugs, which damaged the country's image.

In fact, that was the first time ever that Indian sportspersons, in any discipline ever, were held for doping at the Olympics.

Four years later, L Monika Devi was also stopped from boarding the flight to Beijing at the last-minute for doping.

The drug menace continued to haunt Indian weightlifting till 2010. Barely days after the country was saved from international ban, which included missing the Commonwealth Games, Sanamacha once again failed a NADA dope test, her second offence after being caught at Athens Olympics.

India learnt its the lesson the hard way after two international suspensions and a number of individual bans.

During the 2010 Commonwealth Games, national coach Harnam Singh had admitted that the lifters' biggest challenge was to end the tournament on a dope-free note and he said at the end of the event that he was "happy to achieve the target". 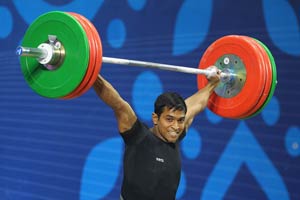 Ravi and Soniya, who earned their quota places during the Senior Asian Championships in Pyeongtaek, South Korea, were optimistic before they left to compete against the best lifters of the world.

Soniya, who is joint 10th in the latest world rankings, will open her campaign on Saturday in a field of 14 weightlifters, including two each from Thailand and Japan, while one from China.

The 32-year-old Manipuri asserted if she maintains her present form and manages to reach 178kg mark, India may end up with an unexpected medal in weightlifting.

"I know it is huge and only best of the sportspersons are here. The competition is bound to be tough. But I qualified through Asian championship held in Korea in April. If I did not get overawed there where I had to make the cut, why should I be worried here?," she asked.

"I'm a very confident person and will give my best. You must remember that I'm among the 14 lifters from across the world to have qualified for the Games in this weight category, which in itself is a big achievement.

"I lifted 75kg in snatch to win the bronze, while 100kg in clean and jerk. I finished fourth overall with a total of 175kg at the Asian Championship. I also did well in the World Championships with a total lift of 171kg and finished sixth overall. If I can reach around 178kg at the Olympics, I can certainly win a medal. And right now I'm doing better than that at the training," Soniya added.

Comments
Topics mentioned in this article
Weightlifting Olympics 2012 India
Get the latest updates on IPL 2020, check out the IPL Schedule for 2020 and Indian Premier League (IPL) Cricket live score . Like us on Facebook or follow us on Twitter for more sports updates. You can also download the NDTV Cricket app for Android or iOS.