Rattled by the International Olympic Committee's renewed threat to suspend India, the IOA is sending a two-member delegation to Lausanne to meet top IOC officials and resolve the vexed issues surrounding its upcoming elections. 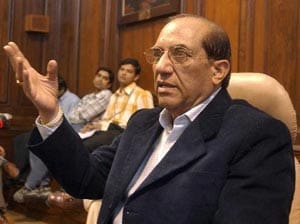 Rattled by the International Olympic Committee's renewed threat to suspend India, the IOA is sending a two-member delegation to Lausanne to meet top IOC officials and resolve the vexed issues surrounding its upcoming elections.

After a series of meetings among top IOA officials right through the day, it was decided that Hockey India secretary general Narinder Batra and lawyer R K Anand will fly to Lausanne soon to explain IOA's position.

IOA Acting President Vijay Kumar Malhotra said that the IOA would respond to IOC's letter by Friday, the last date given by the world body to explain IOA's stand on the issue.

The IOA delegation comprising Batra and Anand will also meet the Sports Minister and other senior officials on Friday to discuss the issue.

The IOC had on Wednesday made it clear that it will propose the suspension of IOA in its Executive Board Meeting early next month if the upcoming IOA elections are held under the government's Sports Code, a development which has put the controversial polls under a cloud.

In a letter written by IOC Director General Christophe de Kepper to IOA acting chief V K Malhotra, the world body rejected IOA's request to send an international delegation to resolve the issue and threatened to intiate the process of suspending the Indian sports body.

The world body reiterated its directive to the IOA as expressed in its letter on November 23 to present its position to the IOC by November 30 or face suspension.

Comments
Topics mentioned in this article
Hockey Olympics 2012 Other Sports
Get the latest updates on ICC Women's Cricket World Cup 2022 and IPL 2022, check out the Schedule , Live Score and IPL Points Table. Like us on Facebook or follow us on Twitter for more sports updates. You can also download the NDTV Cricket app for Android or iOS.