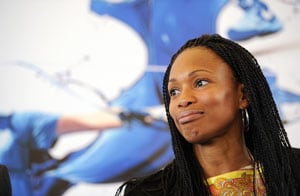 Flessel, who won individual and team golds at the 1996 Atlanta Games, will be competing in her fifth Olympics in the British capital, and was selected after a secret poll of the five representatives of the national Olympic committee.

The 40-year-old, who also won a silver and bronze in the individual event in 2004 and 2000, becomes the third female to be chosen as flag-bearer after swimmer Christine Carron in 1968 and athlete Marie-Jose Perec in 1996.

Comments
Topics mentioned in this article
Olympics 2012 Fencing Other Sports
Get the latest updates on IPL 2021, check out the IPL 2021 Schedule and Indian Premier League Live Score . Like us on Facebook or follow us on Twitter for more sports updates. You can also download the NDTV Cricket app for Android or iOS.