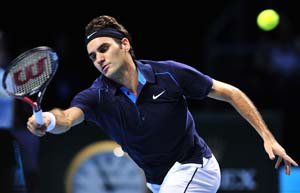 Federer beat big-serving American John Isner, 6-4, 7-6 (5) in the quarterfinals on Centre Court at Wimbledon on Thursday. The Swiss star has 17 Grand Slam singles titles and won an Olympic gold medal in doubles in 2008, but has never won an Olympic medal in singles.

Novak Djokovic plays Andy Murray in the other semifinal.

Comments
Topics mentioned in this article
Tennis Olympics 2012
Get the latest updates on India vs South Africa and check out  Schedule, Results and Live Score. Like us on Facebook or follow us on Twitter for more sports updates. You can also download the NDTV Cricket app for Android or iOS.