Federation satisfied with performance of track and field athletes

Indian track and field athletes failed to make a mark in the just-concluded London Olympics but the Athletics Federation of India on Thursday said that it was satisfied with their performances. 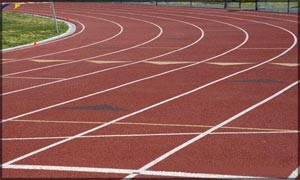 Indian track and field athletes failed to make a mark in the just-concluded London Olympics but the Athletics Federation of India on Thursday said that it was satisfied with their performances.

Fourteen Indian athletes took part in the blue-riband event of the Olympics and the best performance recorded was the seventh-place finish by discus thrower Krishna Poonia, but AFI chief Adille Sumariwala was a satisfied man.

"Overall it was a satisfactory performance by our athletes. There were two national records by walkers, Poonia and Vikas Gowda finished seventh and eighth while Tintu Luka did her season's best," Sumariwala told PTI.

He, however, expressed disappointment at the performance of triple jumpers Renjith Maheshwary and Mayookha Johny and marathoner Ram Singh Yadav, who were asked to prove their fitness before the London Games.

"The three were asked to prove fitness and it was not surprising that they did not do well. They had not taken part in competitions for long and the selection committee wanted to check their fitness," he said.

Renjith and Mayookha failed to qualify for the final round with the former fouled all his three attempts while Yadav finished 78th in the marathon.

Asked why the trio were selected if the AFI was not happy with their fitness, Sumariwala said, "The selection committee wanted to know their status. We asked them to prove their fitness and their coaches sent reports of their performance in competitions in Europe. We have to go by the reports of the coaches."

Sumariwala, however, denied that there was objection from the selection committee members on the selection of the trio for the Olympics.

"Let me make it clear there was no objection from any selection committee member. There was only concern about their fitness and so we asked them to prove their fitness," he said.

The AFI president said that chief coach Bahadur Singh would submit a report about the performances after taking inputs from all of the athletes and coaches.

"The chief coach will submit a report soon and we will analyse the performance of each athlete and see what corrective steps need to be taken. It will be a review of the performance and not a post-mortem," he said.

"It's not everyday that you can do your personal best. Seventh and eighth place finishes are not bad," he said.

Poonia and Gowda became the sixth and seventh Indian track and field athletes to reach the final round in Olympic Games.

Comments
Topics mentioned in this article
India Athletics Olympics 2012
Get the latest updates on ICC T20 Worldcup 2022 and CWG 2022 check out the Schedule, Live Score and Medals Tally. Like us on Facebook or follow us on Twitter for more sports updates. You can also download the NDTV Cricket app for Android or iOS.