Oscar-winning director Danny Boyle said he had felt liberated rather than daunted by Beijing 2008's spectacular opening ceremony as his quirky but impressive show opened the London Games in style. 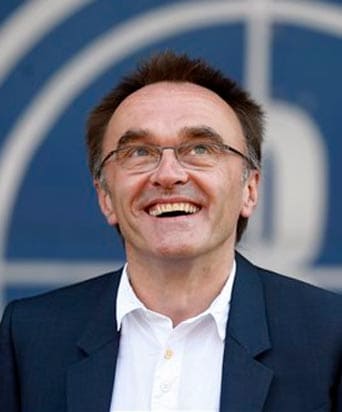 Oscar-winning director Danny Boyle said he had felt liberated rather than daunted by Beijing 2008's spectacular opening ceremony as his quirky but impressive show opened the London Games in style. (See Pics)

In front of 80,000 spectators and VIPs, women in smocks and bonnets shepherded sheep, geese and cows on landscaped grass in the "Isles of Wonder" vision dreamed up by Boyle as the ceremony got under way in a party atmosphere.

The "Slumdog Millionaire" director said it was impossible to do anything bigger than the show in Beijing, which stunned the world with its sheer scale.

"Beijing, in a way, was something that was great to follow," he said.

"So that, in a way, kind of liberated us. We thought: 'Great. OK. Good. We'll try to do something different then'."

Boyle said he hoped there was an "innate modesty" about the London's ceremony but added: "It is not unspectacular and unambitious -- quite the reverse.

He said Britain, which used to be the most powerful nation on earth, was being forced to come to terms with a reduced role in the world.

"You know, this is our land, really. These are our islands. And this will be the last time we get something like this. There has to be a modesty.... You can't get grandiose with this job because you are following Beijing," said Boyle.

"It is a late call for our nation, I think because we are learning our new place in the world," he added.

"One hundred years ago we were everything and obviously the Industrial Revolution is partly about that, but there's a change."

"We don't have as many resources and that's fine, that's a good thing, really. And the world has changed in terms of Europe since then. You have to be sensible about it," he added.

When it was put to him that the show seemed "like an LSD trip through British consciousness", Boyle said: "I don't think it's eccentric but then I wouldn't because I'm British."

"But others might think it is," added Boyle. "I think some people who have seen it think there is that element in it. If it is there, I'm very proud of it, you know."

Boyle also said Friday would have been his late father's birthday, saying one of the reasons he took the job was "because my dad was a mad Olympics fan, seriously, a lunatic."

His father died about 18 months ago.