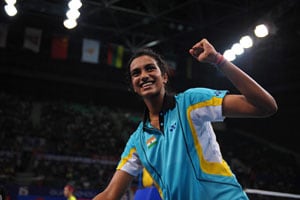 Double trap shooter Ronjan Sodhi, the first Indian to win two back-to-back World Cup gold medals, was on Tuesday recommended for the prestigious Rajiv Gandhi Khel Ratna, while star cricketer Virat Kohli was among the 14 sportspersons picked for the Arjuna award by the selection committee in New Delhi.

The Olympic shooter was picked for the award by a committee headed by billiards legend Michael Ferreira on Tuesday. Sodhi is a double trap specialist and is a multiple-time world cup medalist, including two golds at the 2010 and 2011 editions in Turkey and UAE respectively. Sodhi also won gold at the 2010 Asian games in China.

Once his name is ratified by the Sports Ministry, the 33-year-old, who was conferred the Arjuna award in 2009, will become the seventh shooter to be honoured with the Khel Ratna. For the third consecutive year that the Khel Ratna has gone to a shooter. Gagan Narang had been presented the award in 2011, followed by Vijay Kumar last year. Vijay, a London Olympics silver medallist, was the joint winner along with wrestler Yogeshwar Dutt, who won a bronze at the same event.

Meanwhile, Virat Kohli and PV Sindhu are among 14 sportspersons to be given the Arjuna Award. Kohli has been rewarded for exceptional performances with the Indian cricket team, including captaining the side on many occasions over the past couple of months. In the absence of MS Dhoni he led the national side to a 5-0 one-day international series triumph in Zimbabwe.

Apart from Sindhu, triple-jumper Renjith Maheshwary, who won a bronze medal at the 2010 Commonwealth Games with a national record, and rising golfer Gaganjeet Bhullar and Grandmaster Abhijeet Gupta were among the sportspersons picked for the Arjuna award this year by the selection committee.