Megastar Amitabh Bachchan has confirmed that his son Abhishek will attend the ongoing London Olympics. 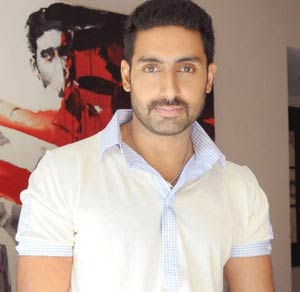 Megastar Amitabh Bachchan has confirmed that his son Abhishek will attend the ongoing London Olympics.

"Abhishek travels out to the Olympics tonight. As brand ambassador for Omega and the watch company being one of thesponsors of London 2012, he goes to attend some events! Lucky," Bachchan posted on his blog.

Indian music maestro A R Rahman lent an Indian touch to this year's greatest sporting extravaganza as he teamed up with his "Slumdog Millionaire" director Danny Boyle to compose a track for the inaugural event.

Comments
Topics mentioned in this article
Harbhajan Singh Champions League Twenty20 2011 Olympics 2012 India
Get the latest updates on ICC T20 Worldcup 2022 and CWG 2022 check out the Schedule, Live Score and Medals Tally. Like us on Facebook or follow us on Twitter for more sports updates. You can also download the NDTV Cricket app for Android or iOS.