Shakib Al Hasan, angry with an umpiring decision, waved to call the batsmen back to the pavilion. 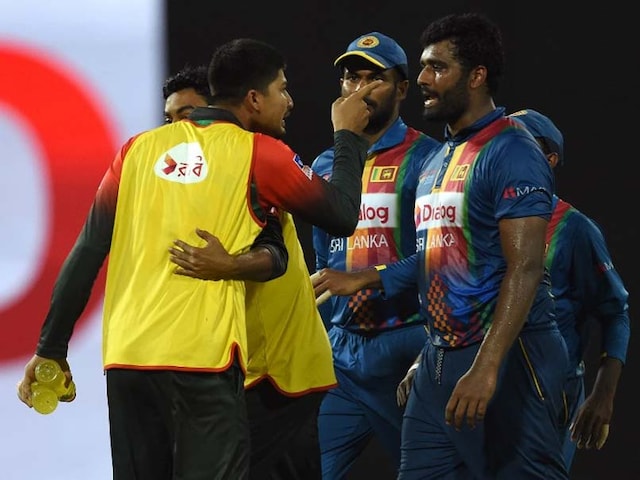 The Sri Lanka vs Bangladesh Nidahas Trophy match on Friday descended into chaos as tempered flared due to some umpiring decisions. Drama unfolded when Mustafizur Rahman missed two bouncers from Isuru Udana in the final over and was run out but the Bangladesh players contested the call, saying it was a no-ball due to its height. Bangladesh captain Shakib Al Hasan was seen speaking animatedly to an off-field umpire and even waved to call the batsmen back to the pavilion. However, better sense prevailed at the R. Premadasa stadium as the match went on with Bangladesh going on to register a thrilling win.

The win means that Bangladesh will now face India in the final of the T20I tri-nation series on Sunday.

The match had to be halted briefly as Bangladesh players aggresively remonstrated after two shoulder-high balls were not given as no-balls by the square leg umpire with the second leading to a run-out. Immediately, Bangladesh players, incensed by the decision, clashed with Sri Lankan players.'

One Bangladesh substitute even clashed with Sri Lankan all-rounder Thisara Perera with both players pictured in a heated exchange.

Following the win, the Bangladeshi players also broke into a 'Nagin' dance. 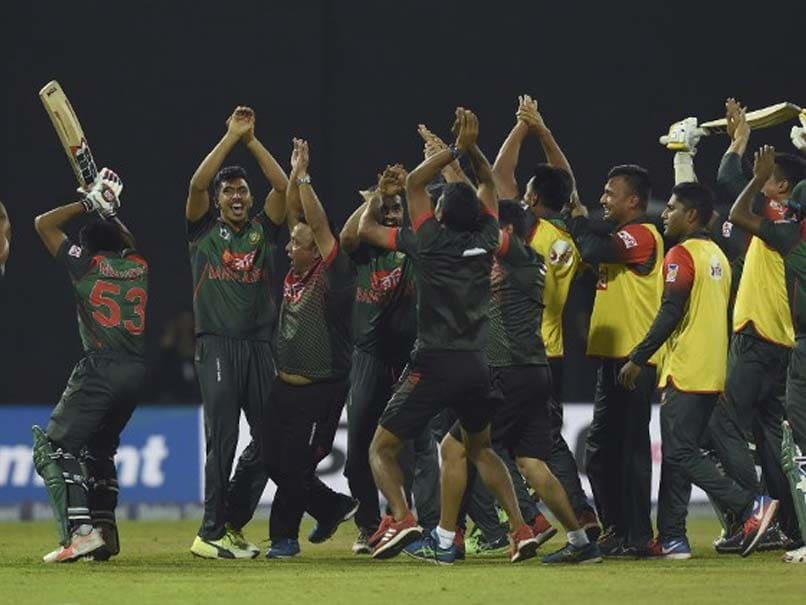 In the end, Tamim Iqbal, who scored a crucial half-century for the Bangladeshis, was seen calming things down between the two sets of players. The left-hander put his arm around Kusal Mendis' shoulders and led him off the field after heated exchanges with some Bangladesh players.

It remains to be seen what action the match referee Chris Broad will take but surely there will be some repercussion for the Bangladesh players, including skipper Shakib, for some shocking behaviour on the field.