"Let You Off Cos I Love You": Virat Kohli, Kevin Pietersen Involved In Hilarious Twitter Exchange

Virat Kohli had posted a picture of him "basking in the sun", one of the users to reply on the tweet was none other than Kevin Pietersen. 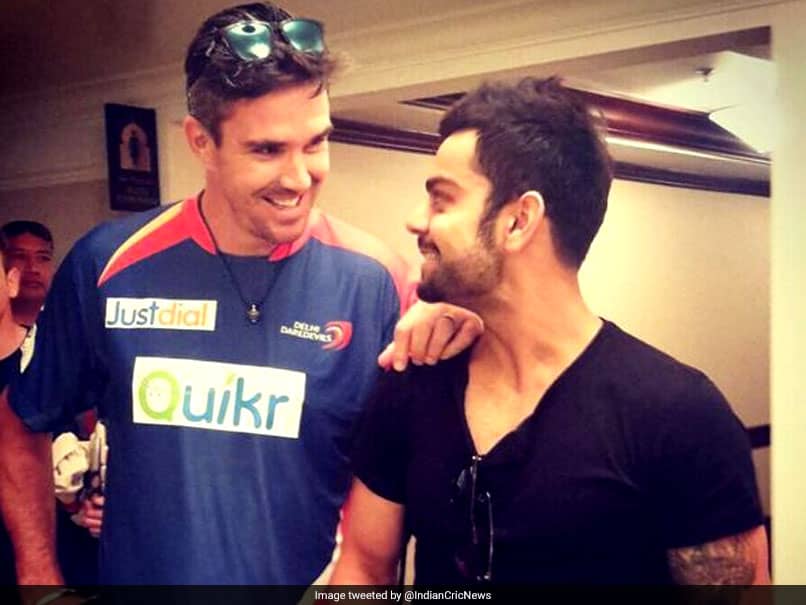 Virat Kohli and Kevin Pietersen took the Twitter world by storm by engaging in some hilarious back-n-forth on the social media platform. In the past, the South Africa-born Pietersen has been involved in Twitter banter with the likes of Piers Morgan and Andrew Flintoff but this time he decided to train his guns on Virat Kohli. On Thursday, Virat Kohli had posted a picture of him "basking in the sun", one of the users to reply on the tweet was none other than Kevin Pietersen.

The former England batsman pointed out to the Indian skipper that he was sitting "more in the shade".

Kohli soon replied and pulled his own leg by telling Pietersen that his first caption was much worse. The England right-hander fired one last salvo, telling the Indian skipper that he was being let off.

Here is how the conversation unfolded between the two superstars.

Looks a bit like you're more in the shade, bro!

Well in that case you shouldve seen my first caption. Much worse.
PS - the face is still in the sun

I'll let you off cos I love you!

Virat Kohli is currently in New Zealand with the Indian team for the ongoing limited-over series. India play the hosts in a five-match One-day International (ODI) series, which will be followed by a three-match Twenty20 International (T20I) series.

India won the opening contest of the series without breaking a sweat at the McLean Park in Napier on Wednesday.

Kuldeep Yadav starred with the ball for India, registering figures of four for 39 while Shikhar Dhawan (75 not out) and Virat Kohli (45) got the job done with the bat. India took just 34.5 overs to chase down a revised target of 156 to take a 1-0 series lead.

The second match of the series will be played at the Bay Oval in Mount Maunganui on Saturday.

Kevin Pietersen New Zealand vs India Cricket
Get the latest updates on IPL 2021, IPL Points Table , IPL Schedule 2021 , live score . Like us on Facebook or follow us on Twitter for more sports updates. You can also download the NDTV Cricket app for Android or iOS.