"Key Is To Be Aggressive": Mitchell Santner Hopes For New Zealand's Improved Show In Dead Rubber

India are already decisively 3-0 up in the five-match ODI series. 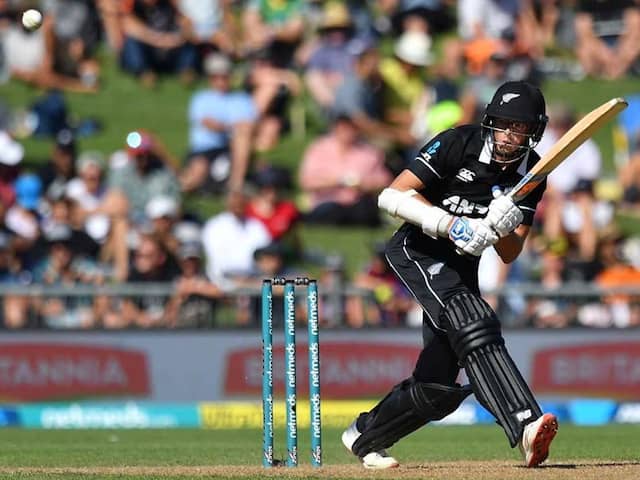 Mitchell Santner praised the efforts of India for adjusting to the alien conditions comfortably.© AFP

Having already lost the five-match One-day International (ODI) series to India, New Zealand all-rounder Mitchell Santner hopes for an improved show from the home team batsmen. Lauding India for their all-around performance, Santner said New Zealand will come aggressive to seal a consolation win in the fourth ODI in Hamilton on Thursday. "I think the plans have been pretty solid - maybe the execution's been off at times. I guess the key for us is to keep taking wickets through the middle, keep being aggressive," he said in the pre-match presser on Wednesday.

New Zealand top-order, comprising Martin Guptill, Colin Munro and Kane Williamson, has failed to impress much with the willow in the series so far.

A dominant India took an unassailable 3-0 lead in the five-match ODI rubber, and most of the credit for their all-round performance goes to the wrist spin duo of Kuldeep Yadav and Yuzvendra Chahal, who have combined to take 14 wickets in the rubber.

"They are bowling very well at the moment. The slower pace that they bowl is tending to get a little bit more out of the wicket than guys like myself and Ish (Sodhi) who bowl a little bit quicker," he said.

"But that pressure is also being built off the back of the starts we have had (with the bat) - we have always been two down after 10 (overs) allowing them to settle into their work," he added.

Conceding that his team has been thoroughly outplayed in the first three outings, Santner praised the efforts of the men-in-blue for adjusting to the alien conditions comfortably.

"We have been outplayed in all three games. It's been a little bit disappointing to lose three games in a row but we are playing a very good side," Santner said.

"India has shown just how good they are in all conditions. We have not been good enough but there are signs there that we are getting better," he added.

Commenting on the positives that his side has derived from the opening three matches, Santner wanted the other batsmen to emulate former Kiwi skipper Ross Taylor's defiant 93 in the third game at the Bay Oval.

New Zealand Cricket Team Mitchell Santner New Zealand vs India Cricket New Zealand vs India, 4th ODI
Get the latest Cricket news, check out the India cricket schedule, Cricket live score . Like us on Facebook or follow us on Twitter for more sports updates. You can also download the NDTV Cricket app for Android or iOS.