The Hamilton ODI ended in the first session itself with less than 50 overs bowled in the entire match. 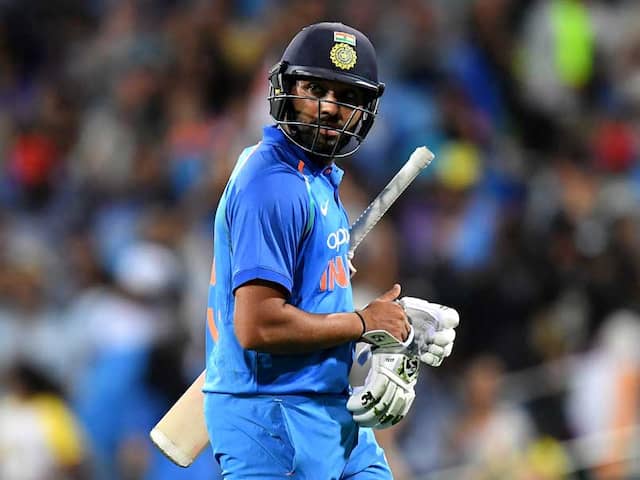 Rohit Sharma lost his wicket for seven runs in his 200th ODI.© AFP

Rohit Sharma failed to put up an impressive show in his 200th One-day International (ODI) as India were bowled out for a small total of 92 runs before suffering an emphatic eight-wicket defeat in the fourth ODI against New Zealand at Seddon Park on Thursday. Following the Humiliation in Hamilton, stand-in skipper Rohit Sharma blamed the dismal batting show for loss and claimed that his team didn't check the right boxes.

"One of our worst performances with the bat in a long, long time. Something we didn't expect," Rohit said at the post-match presentation.

Praising the home team bowlers, Rohit said: "You got to give credit to the NZ bowlers. It was a magnificent effort."

India were bundled out for 92 in 30.5 overs, their seventh lowest ODI total. It is also the lowest total posted by any team at Seddon Park, with the previous lowest of 122 also against India's name.

"Something to learn for us. At times, you need to absorb pressure (when asked about how to bat in swinging conditions). We need to blame ourselves for it. Thing were looking good at that stage," Rohit said.

"It was about applying ourselves. Once you get in, things will start to look easier. We played some bad shots as well. It's always challenging when the ball is swinging," he added.

However, India are 3-1 up in the five-match series as they won the first three matches to seal the ODI series win in New Zealand.

Rohit, who lost his wicket for seven runs, was among the seven batsmen that lost their wickets for a single-digit score. The Indian opener said he hopes for an improved show in the next ODI.

"Having a good run in the limited formats for a number of series. Everyone knows what went wrong. There will be times when it swings and we need to deal with it," he said.

"When you are playing for your country, you try to give your best. Good teams usually keep ticking the boxes and today we didn't tick the right boxes," Rohit added.

Rohit is leading the men in blue in the absence of Virat Kohli, who has been rested for the remaining ODIs and T20 International series in New Zealand.

Rohit Sharma New Zealand vs India Cricket New Zealand vs India, 4th ODI
Get the latest Cricket news, check out the India cricket schedule, Cricket live score . Like us on Facebook or follow us on Twitter for more sports updates. You can also download the NDTV Cricket app for Android or iOS.