The second game on the opening day will be a battle of the champions -- defending champions Bengaluru Bulls take on three-time winners Patna Pirates. 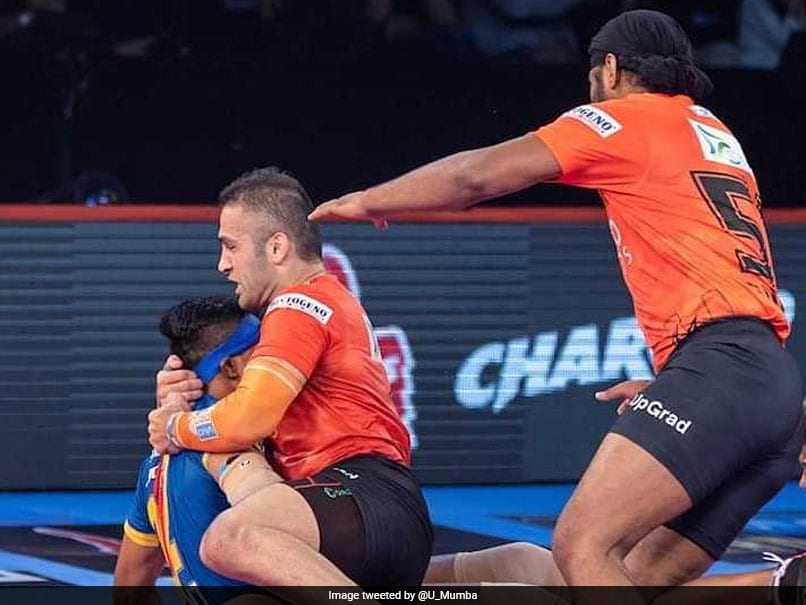 U Mumba begin their PKL season 7 campaign against Telugu Titans.© U Mumba/Twitter

Telugu Titans will take on U Mumba in the season opener of the Pro Kabaddi League Season 7 starting July 20, organisers said in a statement. Star raider Siddharth Desai and Iranian Coach Gholamreza Mazandarani will meet their previous club, U Mumba in the season opener at Gachibowli Stadium, Hyderabad. The second game on the opening day will be a battle of the champions -- defending champions Bengaluru Bulls take on three-time winners Patna Pirates and both will look to get one up on the other and take a step in the direction to winning the trophy again this season.

The other highly anticipated matches through the week include the big southern derby between Telugu Titans and Tamil Thalaivas. This has been a high-octane derby for the past two seasons, but this time, Rahul Chaudhari will play for Tamil Thalaivas, and will pair up with his close friend and captain Ajay Thakur.

The season returns to the original PKL calendar of July to October, with the league beginning on July 20 and finals on October 19.

The caravan continues with a focus on an equitable league table in a double round robin format where each team will play every other team twice, and the top six will go to the play-offs.

Each city leg begins on Saturdays while rest days for the team are on Tuesdays.