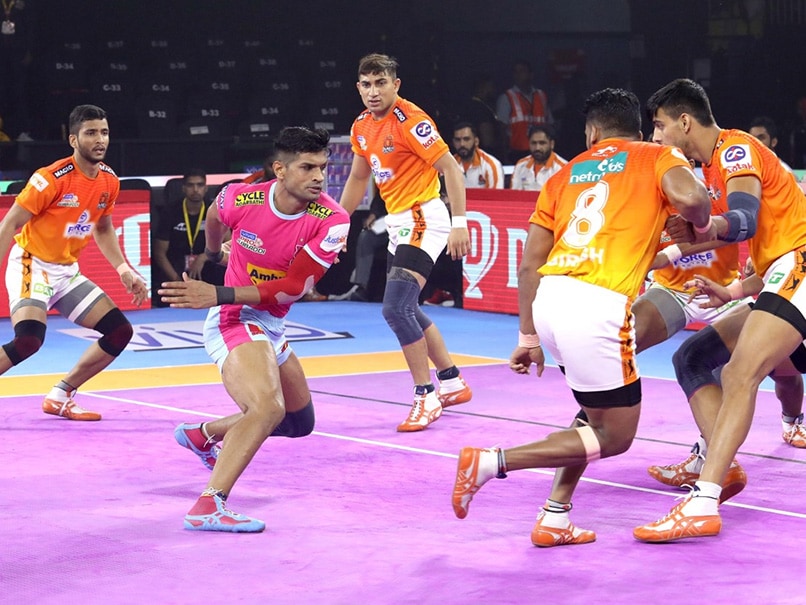 Jaipur Pink Panthers beat Puneri Paltan 33-25 at the packed Eka Arena here on Thursday. Captain Deepak Hooda was once again starred for Panthers, picking up 9 raid points and marshalling his troops well throughout the match. The first half began with a blitzkrieg, much in sync with the tournament's intensity, with Nitin Tomar securing a bonus point for Paltan. But Hooda, arguably the most improved Kabaddi athlete in recent years, secured a raid point immediately for the Panthers with his signature hand touch and in the process sent Paltan's star raider Tomar to the bench.

Paltan struggled from thereon, committing too many blunders in defence which resulted in a high frequency of successful raids for the Panthers.

Season one champions Panthers secured their first all-out of the match in the 16th minute and the restart wasn't too different for the Paltans after a raid by Hooda sent both their defenders Girish Ernak and Shubham Shinde out.