IPL 2021: Hardik Pandya has been a big miss for Mumbai Indians, who have lost both their matches in the UAE leg so far. 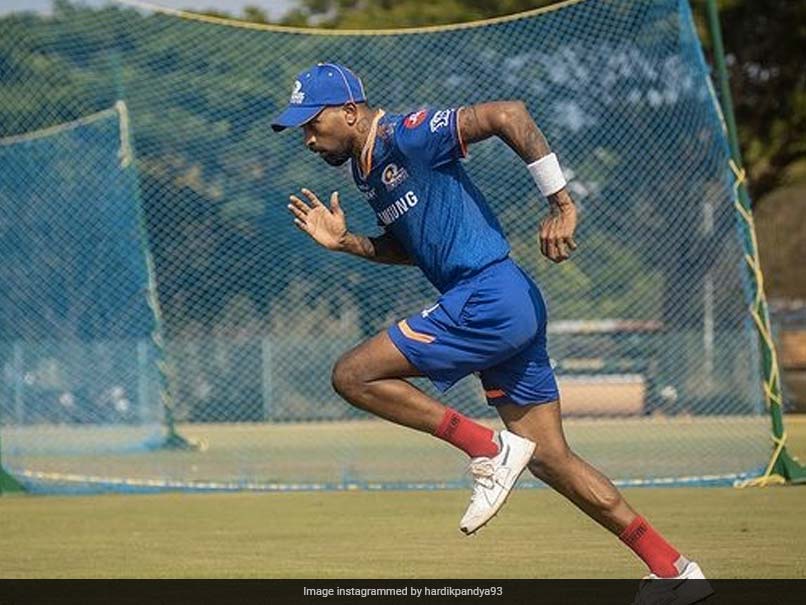 Mumbai Indians have lost both their matches in the UAE leg of the Indian Premier League (IPL) 2021 so far. The defending champions have lacked a bit of firepower in the middle and final overs, and one of the reasons for that is the unavailability of Hardik Pandya. The star India all-rounder was a big miss for Mumbai Indians in both the matches and the team has now dropped to sixth in the IPL points table after the two losses. Former India cricketer Saba Karim has now questioned the entire situation surrounding Hardik Pandya's fitness.

Saba Karim, speaking on the YouTube show 'Khelneeti', asked if Hardik was carrying an injury, why was he included in the India squad for the upcoming T20 World Cup?

"If he was carrying an injury, then why was he selected in the national team? Generally, the rule is that if you are not fit, you have to go to NCA (National Cricket Academy) to prove your match fitness. Only then are you available for selection."

On the same show, Rajkumar Sharma, a coach and former Ranji player, said that Mumbai are giving Hardik time to heal completely and backed the all-rounder to come back strongly.

"I feel there is no serious injury to him. For a cricketer, niggles are always there. They are saving him for crucial matches. Giving him time to heal completely, so that he can give his 100 per cent.

"Mumbai need him in the coming matches, and he will have to play if theu are to win. If he is fit, he is a fantastic cricketer and a 100 per cent match winner," he said.

After Mumbai's defeat to Chennai Super Kings in the first match of the UAE leg, head coach Mahela Jayawardene had said that Hardik had been kept out of the game as a precautionary measure due to a "little niggle".

"Hardik was training, had a little niggle, so again precaution, we thought, lets just give him extra days to see how things are, but nothing serious," the MI head coach had said.

Mumbai Indians will need a fully fit Hardik in the coming matches with the back-to-back losses denting their chances of nailing down a top four spot.

The record IPL champions will next be in action against Royal Challengers Bangalore in Dubai on Sunday.

Hardik Pandya Syed Saba Karim IPL 2021 Cricket
Get the latest updates on T20 World Cup, check out the T20 World Cup Schedule and Live Score . Like us on Facebook or follow us on Twitter for more sports updates. You can also download the NDTV Cricket app for Android or iOS.