Rahul Dravid has expressed his disappointment over Indian coaches not getting opportunities in the Indian Premier League. 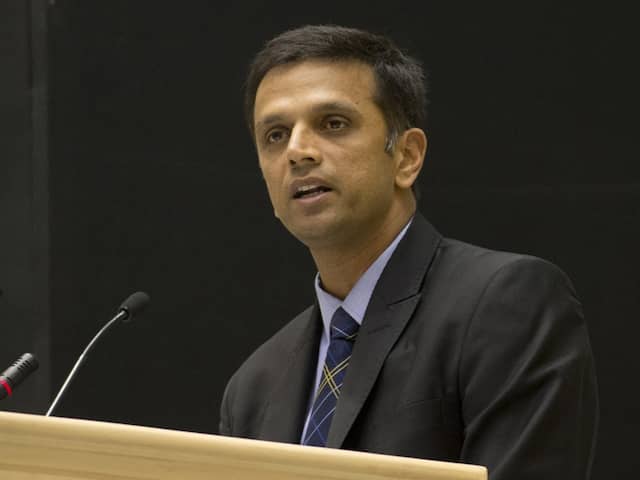 Former cricketer Rahul Dravid has expressed his disappointment over Indian coaches not getting opportunities in the Indian Premier League (IPL). "I believe we've got some very good coaches, a lot of good people. I'm fully confident [in their ability]. Just as we have a lot of talent in the cricket department, we have a lot of talent in the coaching department," ESPN Cricinfo quoted Dravid as saying. "We need to give them confidence and time to flourish. I'm sure they will do it. It does sometimes disappoint me when a lot of our boys don't get opportunities as assistant coaches in IPL," he added.

Dravid, who is currently the head of National Cricket Academy (NCA), believes that teams could get benefit from using Indian coaches in the league.

"Honestly, there are so many Indian players in the IPL, there's so much of local knowledge [among our coaches]. I feel a lot of teams could actually benefit from using a lot of our Indian coaches in the IPL. They know the Indian players better, they understand them better. Even as assistant coaches... there is a lot of talent and ability. It just needs to be given the opportunity, and flourish," he said.

The former batsman then even went on to say that the IPL teams 'miss a trick' by not utilising the more domestic talent in the coaching area.

"A part of our goal is to create a programme for coaches as well so that we can give them certain skills in which they can develop - and hopefully then get the opportunities to work at a slightly higher level," he said.

"I think a lot of IPL teams miss a trick by not using more domestic talent in the coaching area and the talent identification area, even if it is as assistants. That's my personal opinion," Dravid added.

Rahul Dravid Cricket IPL 2020
Get the latest Cricket news, check out the India cricket schedule, Cricket live score . Like us on Facebook or follow us on Twitter for more sports updates. You can also download the NDTV Cricket app for Android or iOS.
Advertisement