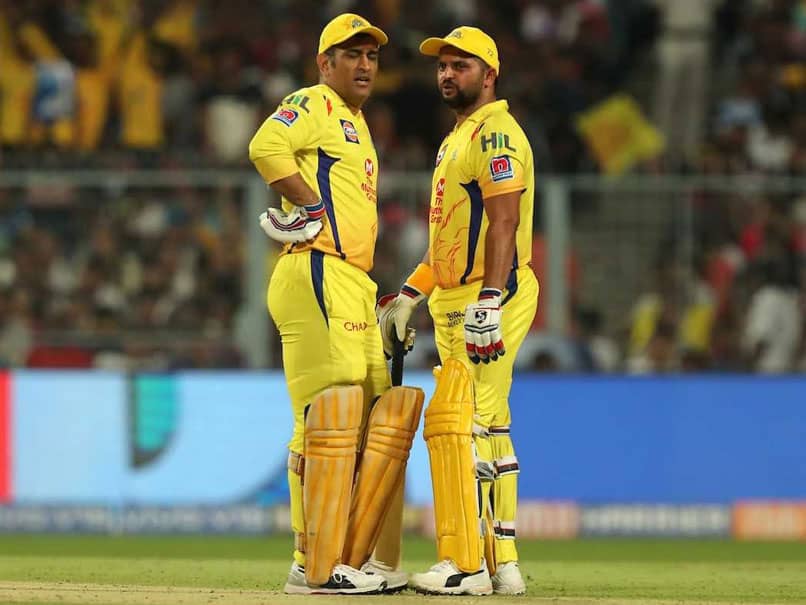 Chennai Super Kings (CSK) defeated Kolkata Knight Riders (KKR) by five wickets at the Eden Gardens in Kolkata. Chasing 162 runs, CSK were off to a confident start as Faf du Plessis hit a quickfire 24 off 16 balls. The other opener, Shane Watson (6) failed to contribute much as he was dismissed by Harry Gurney in the fourth over. Suresh Raina then joined Du Plessis. But Sunil Narine castled the South African captain for 24. Ambati Rayudu (5) and Kedar Jadhav (20) failed to add much to the total and CSK were seen struggling at 81/4 in 11.1 overs. MS Dhoni failed to get going as he was dismissed for 16 by Narine. However, Ravindra Jadeja and Raina put together unbeaten 41 runs for the sixth-wicket as CSK coasted to victory with two balls to spare. Raina remained unbeaten on 58 (7 fours, 1 six). He notched up his 36th IPL fifty. On the other hand, Jadeja remained unbeaten on 31 off just 17 balls. His innings included 5 fours. With this win, CSK remain on top of the points table with 7 wins from 8 matches (14 points). Earlier, KKR posted 161/8 in 20 overs. (SCORECARD)

Eden Gardens IPL 2019 Cricket Kolkata Knight Riders vs Chennai Super Kings, Match 29 Live Cricket Score Live Score Live Blogs
Get the latest updates on India vs Australia Series, check out the India vs Australia Schedule for 2020-21 and Ind vs Aus live score . Like us on Facebook or follow us on Twitter for more sports updates. You can also download the NDTV Cricket app for Android or iOS.