Yuvraj Singh had sustained an ankle injury while playing against Australia during the World Twenty20 and missed the first three games for Sunrisers Hyderabad in the ninth edition of the Indian Premier League. 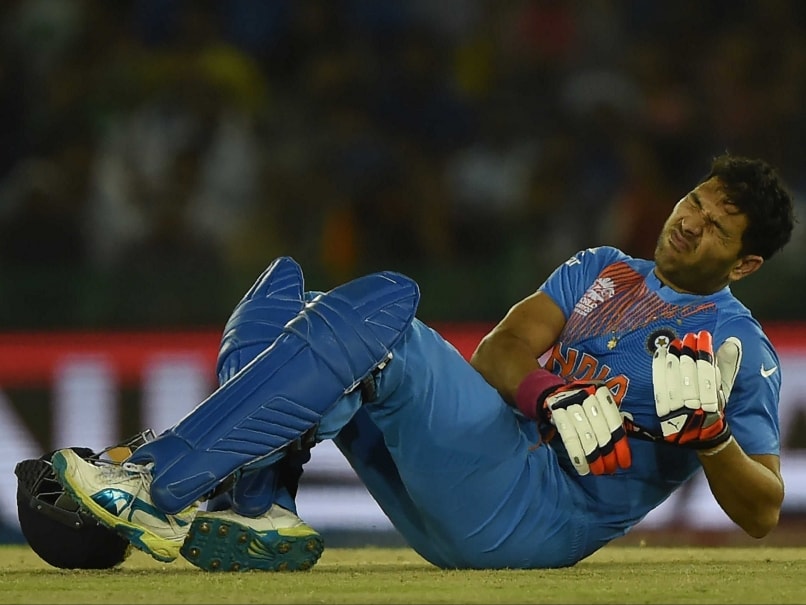 Yuvraj Singh suffered an ankle injury while playing in the World Twenty20 clash against Australia.© AFP

Recuperating Sunrisers Hyderabad's star batsman Yuvraj Singh said on Thursday he is currently recovering well and is hopeful of returning to Indian Premier League (IPL) action against Gujarat Lions on May 6.

Yuvraj Singh sustained an ankle injury while playing against Australia during the World T20 recently and missed first three games for Hyderabad in the ninth edition of the IPL.

"I am looking to play the game on May 6. Hopefully I should be ready by then. I am not fully certain that I will play on 6th May, but my target is to play on the sixth. I had a go-ahead from my doctor yesterday, so hopefully will play," Yuvraj said at the launch of sportswear company Puma's bold Tricks collection here.

Hyderabad has so far played three games, having won one and lost two and the 34-year-old is confident that with him and veteran pacer Ashish Nehra -- who sustained a minor groin strain in the first match against Royal Challengers Bangalore -- joining the squad, the team will be balanced both in batting and bowling department.

"Sunrisers have played three games. They have won one and lost two. At the moment it is 50-50. After seven games you can assess how is the team doing. Nehra got injured, that didn't work well for us," he said.

"I hope he comes back soon and the bowling line-up with the strengthened and when I come back we can strengthen both in batting and bowling. I hope till the time I go back, the team has won a few games and we are in a good position. So I just wish my team all the best," Yuvraj concluded.