Virat Kohli's dominant form has helped Royal Challengers Bangalore into the play-offs and they will be aiming to reach the finals when they take on Gujarat Lions in the first Qualifier in Bangalore. 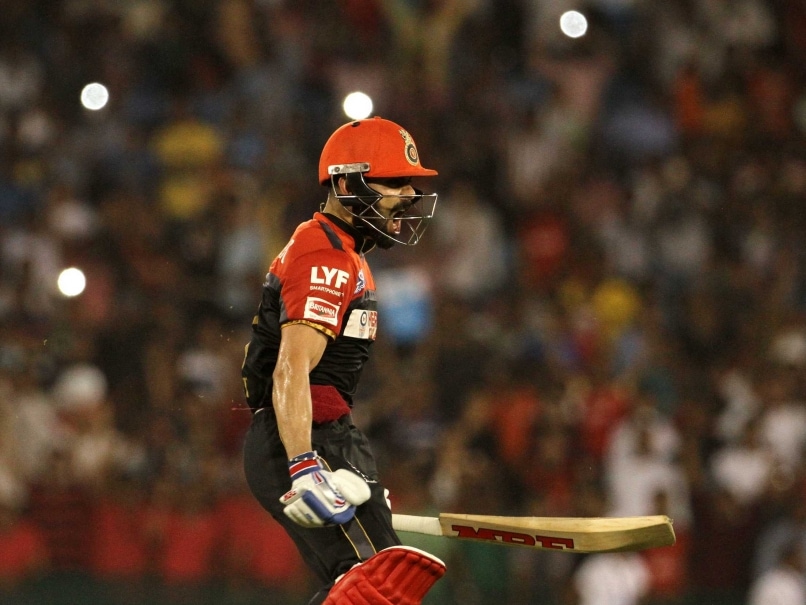 Virat Kohli is on the verge of scoring 1000 runs in one edition of the IPL and RCB are favorites to clinch a spot in the final.© BCCI

Powered by Virat Kohli's inspirational leadership, Royal Challengers Bangalore would look to inch closer to a maiden IPL title triumph when they take on table-toppers Gujarat Lions in the first Qualifier at the M Chinnaswamy stadium on Tuesday.

RCB were in a real spot of bother as they needed to win their last four games to make it to the play-offs. The Bangalore outfit showed great fighting spirit, with Kohli leading from the front, to record four consecutive wins to finish the league engagements at the second spot.

RCB finished the preliminary round with 16 points from 14 games, just behind leaders Gujarat Lions, who garnered 18 from 14 matches.

RCB seem to have struck form at just the right time and after a not-so-impressive start to the season, the Kohli-led side has dished out four clinical performances to beat the Lions (by 144 runs), Kolkata Knight Riders (by 9 wickets), Kings XI Punjab (by 82 runs D/L method) and Delhi Daredevils (by 6 wickets) to seal their top-four place.

In the do-or-die battle against Daredevils last night, RCB first restricted their opponents to 138 for eight and then chased down the target with consummate ease -- Kohli again hogging the limelight with an unbeaten 54.

RCB would be desperate to continue their winning momentum for two more matches and ensure that they improve on their runners-up finish from the 2009 and 2011 season.

The last time RCB squared up against Gujarat here, they recorded the biggest ever (144-run) victory in the history of IPL. AB de Villiers (129 not out) and Virat Kohli (109) went on a rampage in that game and scored magnificent centuries.

And on Tuesday, RCB will once again fancy their chances on home turf.

Â The biggest hero for RCB this season has been skipper Kohli, who is perhaps enjoying the best phase of his batting career.

Kohli has so far amassed a record 919 runs in the ongoing IPL with four centuries and six fifties at a staggering average of 91.90.

Kohli has also been an impressive captain and infused confidence in the team after a disappointing start. At one point of time, qualifying for the play-offs looked a distant dream, but the captain made it possible with his glorious batting and leadership qualities.

In the company of Kohli, de Villiers and Chris Gayle also dished out some sizzling batting performances. The trio has been nothing short of a nightmare for the team's opponents.

Â While de Villiers has 603 runs under his belt with one century and five half-centuries, Gayle indicated his return to form in the last few games.

Credit for the turnaround should also go to RCB's not-so-experienced bowling attack, which was under fire for a major part of the tournament.

RCB's turnaround in bowling was made possible by leg-spinner Yuzvendra Chahal, who is the leading wicket-taker with 19 scalps from 11 games.

The late entry of Chris Jordon also helped RCB in containing their rivals in the death overs.

Australian Shane Watson too has served the team well with the ball, picking up 16 wickets so far in this season. Suresh Raina's Gujarat Lions will face an uphill task against RCB at the Chinnaswamy stadium as they lost their last encounter there by a massive 144-run margin.

Debutantes Gujarat Lions, on the other hand, were the first team to qualify for the play-offs by destroying the hopes of title-holders Mumbai Indians.

Gujarat defeated RCB by six wickets in their opening meeting this season before suffering the 144-run loss in the next tie.

And the Suresh Raina-led side will be eyeing sweet revenge for the embarrassing defeat to head straight into the final of their maiden IPL appearance.

In contrast to RCB, Gujarat made a rampaging start to the season before facing a late slump.

In the bowling department, Gujarat have depended on the pace duo of Bravo and Dhawal Kulkarni. While Bravo has 15 wickets against his name, Kulkarni has managed 14 scalps so far.

The spin duo of Ravindra Jadeja and Pravin Tambe, who did not have the best of IPL so far, too would like to come to the party.

Even though the losing side tomorrow will have another chance to make it to the final by locking horns against the winner of the Eliminator between Sunrisers Hyderabad and Kolkata Knight Riders, both RCB and Gujarat will be hoping for a direct berth in Sunday's final.