Vijay Mallya's son Siddharth posted a video of him and his friends and family watching the Indian Premier League final between Royal Challengers Bangalore and Sunrisers Hyderabad in London on Sunday. 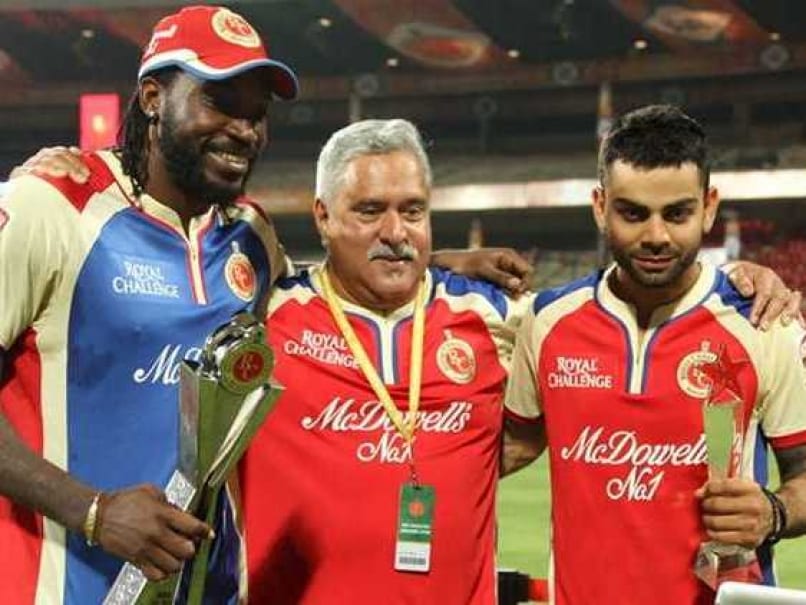 Vijay Mallya saw the Indian Premier League final with his son and other friends in London.© BCCI

In a rare appearance since shifting base to the United Kingdom, troubled Indian businessman Vijay Mallya was seen having a good time in London as he watched the Indian Premier League final between Royal Challengers Bangalore and Sunrisers Hyderabad on Sunday.

In a video gone viral, Mallya senior is seen having a gala time with his son Siddharth along with a few others. The video was posted by Siddharth as he watched the IPL final with his father.

"Here we are, watching together from London. It doesn't get better than Sergio Perez getting a podium (for Mallya co-owned Force India). Hopefully, we can add to what has been an epic day of sports so far," says Mallya junior in the video as he catches the IPL action with his father on the big screen.

When Siddharth turns camera on his father, "go RCB" says Mallya while rooting for his team.

Mallya, who owes more than Rs 9,000 crore to Indian banks, had quit as RCB director days after stepping down as chairman of the United Spirits.

India was not able to get Mallya deported as UK asked India to seek his extradition instead. Mallya, wanted in India by various authorities, has been in the UK since March.

Comments
Topics mentioned in this article
Royal Challengers Bangalore Sunrisers Hyderabad IPL 9 Cricket
Get the latest updates on India vs England Series, India vs England , live score and IPL 2021 Auction . Like us on Facebook or follow us on Twitter for more sports updates. You can also download the NDTV Cricket app for Android or iOS.