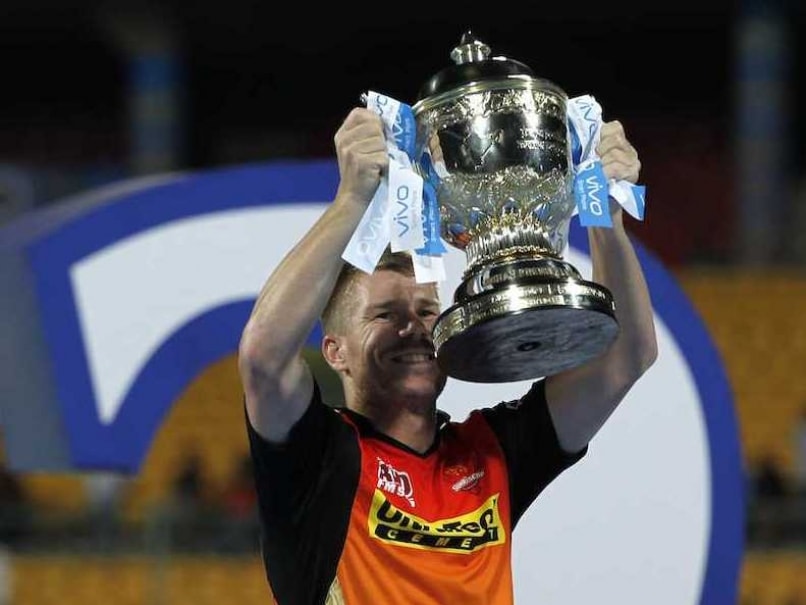 David Warner led from the front with the bat with 848 runs as Sunrisers Hyderabad won the title for the first time.© BCCI

The Indian Premier League 2016 final between Royal Challengers Bangalore and Sunrisers Hyderabad on Sunday night boiled down to a clash between two captains - Virat Kohli and David Warner.

With over 1,820 runs between them, Kohli and Warner dominated this edition of the IPL like no one before. Behind this is a story of sacrifice and single-minded focus to achieve excellence.

While Kohli has often spoken about his 'boring' lifestyle - eat, sleep and practice - as a mantra for achieving success, Warner was on a self-imposed ban from booze to focus on cricket. Interestingly, Warner invests a large portion of his income into a vodka company.

Once labelled as cricket's bad boy, Warner's discipline has seen him conquering amazing batting heights in this IPL. He ended as the tournament's second highest scorer with 848 runs. Kohli was best with a record 973.

"It's been a long journey over two years ... we knew we had to get 200 plus to beat these guys -- they are a fantastic team but for our guys we came through as massive underdogs ... I'm so proud of these guys.

"We'll really celebrate this and it's about time I had a beer," Warner said. The Australian opener will be off to the Caribbean to join his national teammates for a triseries in the West Indies.

This is not the first time Warner has been off alcohol.

A 'century' of another kind

In 2015, Warner scored a century of another kind - 100 days without beer. This was aimed at boosting him physically and mentally and to enable him to dominate all three formats of the game.

With no intention of becoming a teetotaller, Warner's extreme discipline is certainly paying off. Not even Michael Clarke's last Test at the Oval last year could make him crack one open.

Warner's composure during the high-stress IPL was noteworthy.

Someone who would spoil for a fight and sledge hard to win mind games, the Aussie dynamite was cool and composed even when Chris Gayle and Kohli was plundering runs at will at the Chinnaswamy on Sunday night.

In January, CA ordered the explosive opener to "stop looking for trouble" when he was caught telling Indian batsman Rohit Sharma to "speak English" during a fiery on-field duel at the MCG.

Today, Warner is a man much in control of his emotions, just like his sizzling pulls and classy drives.

So when Praveen Kumar repeatedly threatened to chuck the ball at himÂ  during a high-pressure IPL semifinal against Gujarat Lions, all that Warner did was smile.

The IPL trophy was the perfect gift to a man who has now dedicated his life to the gentleman's game and how!

Comments
Topics mentioned in this article
Sunrisers Hyderabad Royal Challengers Bangalore David Warner Praveen Kumar Chris Gayle Virat Kohli IPL 9 Cricket
Get the latest updates on ICC T20 Worldcup 2022 and CWG 2022 check out the Schedule, Live Score and Medals Tally. Like us on Facebook or follow us on Twitter for more sports updates. You can also download the NDTV Cricket app for Android or iOS.