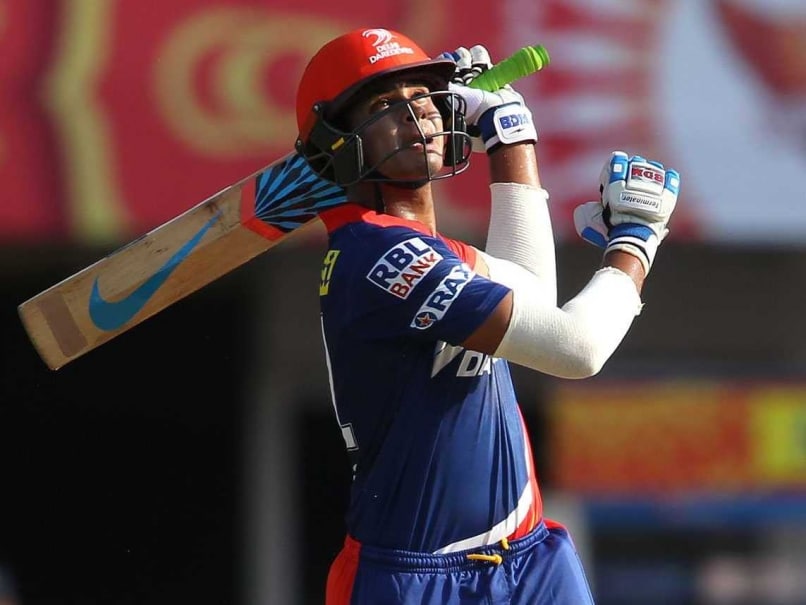 Shreyas Iyer was successful for Delhi Daredevils in 2015 Indian Premier League but could not score well in this season.© BCCI

Mumbai batsman Shreyas Iyer is a "bit disappointed" for not being picked in India's side for their upcoming tours but the youngster has said his job is just to perform and score runs.

India are scheduled to play a limited-overs series against Zimbabwe next month, followed by a Test series vs the West Indies.

"Obviously I am a bit disappointed, but you know my job is to keep performing well, just keep scoring runs. It (non-selection) can be a positive (as) it will keep motivating me as a youngster and I will keep working hard, working on my mindset and everything," Shreyas told PTI after he bagged the Domestic Cricketer of the Year award at a ceremony held in Mumbai.

He said his focus was solely on his game and not on the Indian selection.

"I will keep performing unless I get into the team. I just want to focus on my game and not on selection or anything," he said.

On his Ranji success, Iyer said, "I was just backing my instincts and just playing positive cricket. We had good atmosphere in the team. When I was scoring and even when I was not scoring, all were backing me, so when you get that atmosphere, everything goes well."

Shreyas Iyer was successful for Delhi Daredevils in 2015 Indian Premier League but he could not score well in this season.

"It was just a bad patch I would say because I stuck to my process, everything I was doing well. I tried to maintain myself throughout the season. Even when I wasn't playing, I made sure I helped the team.

He said Delhi Daredevils skipper Zaheer Khan backed him throughout this season of IPL and he did not hesitate at all to speak to him.

Comments
Topics mentioned in this article
India Cricket Team MUM Shreyas Santosh Iyer IPL 9 Cricket
Get the latest updates on India vs Australia Series, check out the India vs Australia Schedule for 2020-21 and Ind vs Aus live score . Like us on Facebook or follow us on Twitter for more sports updates. You can also download the NDTV Cricket app for Android or iOS.