Royal Challengers Bangalore lost their third IPL final when they were beaten by Sunrisers Hyderabad at Bengaluru's Chinnaswamy Stadium on May 29, 2016. The video highlights of the IPL 2016 final between RCB vs SRH are available online 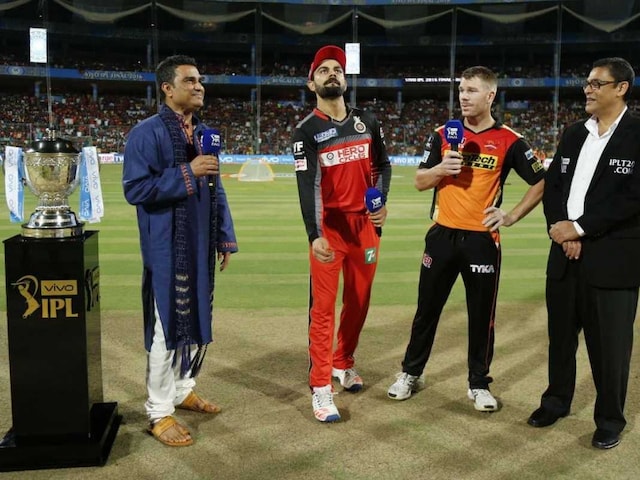 Sunrisers Hyderabad (SRH) captain David Warner led them to a maiden Indian Premier League (IPL) title on Sunday, May 29, 2016, after the bowlers derailed Royal Challengers Bangalore's (RCB) chase to fashion an eight-run victory. The video highlights of the fascinating final between RCB vs SRH are available online.

Australian Warner (69) led from the front, top scoring for his side to steer Hyderabad to 208-7 after opting to bat at Bengaluru's M Chinnaswamy Stadium.

The Australian then returned to marshal his bowlers, who staged a stunning comeback after Chris Gayle (76) and Virat Kohli (54) had threatened to take the game away.

You can also view the video highlights of RCB vs SRH and other interviews in the IPL's official website www.iplt20.com.

Comments
Topics mentioned in this article
Royal Challengers Bangalore Sunrisers Hyderabad Virat Kohli David Warner IPL 9 Cricket
Get the latest Cricket news, check out the India cricket schedule, Cricket live score . Like us on Facebook or follow us on Twitter for more sports updates. You can also download the NDTV Cricket app for Android or iOS.