A brilliant show from Krunal Pandya, both with the bat and ball, guided the Mumbai Indians to a comprehensive 80-run victory over Delhi Daredevils to move to third in the Indian Premier League points table. Catch all the highlights of MI v DD match here.

With this comprehensive win, Mumbai Indians have improved their chances of qualifying for the Indian Premier League playoffs. They are currently ranked third in the points table while the Delhi Daredevils are still in the hunt in fifth spot. Catch all the highlights here (SCORECARD | POINTS TABLE | STREAMING | NEWS | VIDEOS | PLAY FANTASY LEAGUE)

23:45 hrs IST: And that is it from us tonight. Join us tomorrow for a crucial IPL encounter between KKR and RCB.

23:40 hrs IST: What a performance this has been by Krunal. Named Man of the Match for his brilliant 86 and two wickets! 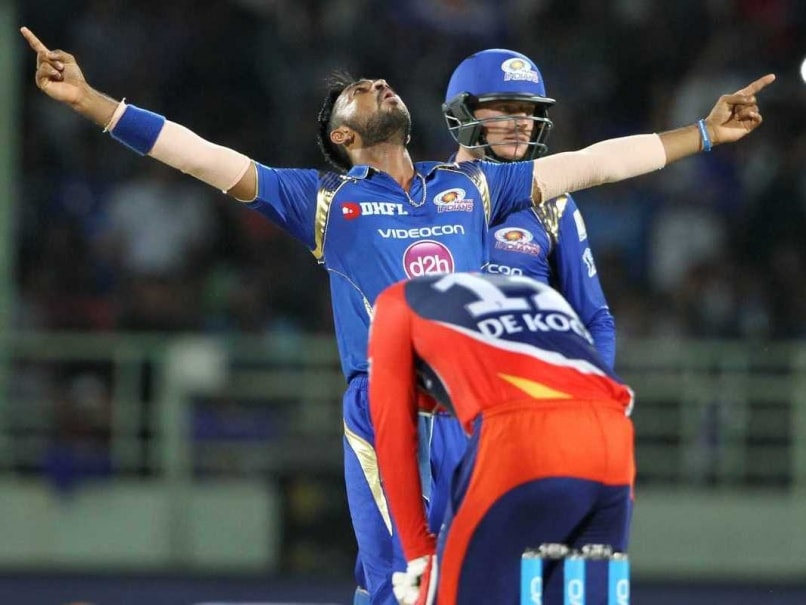 Krunal Pandya was the key in Mumbai Indians' comprehensive win over Delhi Daredevils in Vizag on Sunday night.

A comprehensive victory for MI! How was that for a match, Paltan? #DilSeIndian #MIvDD

23:35 hrs IST: Zaheer Khan is Bowled!! And that too by Man of the Match Krunal Pandya!

23:29 hrs IST: The match is more or less in the bag of Mumbai Indians

23:21 hrs IST: OUT!!!!ÂChris Morris is run out as DD lose their eighth wicket and the plot!

BOWLED! 2 in 2 for BOOM! He's on hat-trick.
Can he get it in his next over? #DilSeIndian #MIvDD pic.twitter.com/nJCBENh6z3

Both batsmen are rotating the strike and hitting the boundaries. We need a solid partnership! #DilDilli #MIvDD

22:53 hrs IST: This has clearly been Krunal Pandya's evening! 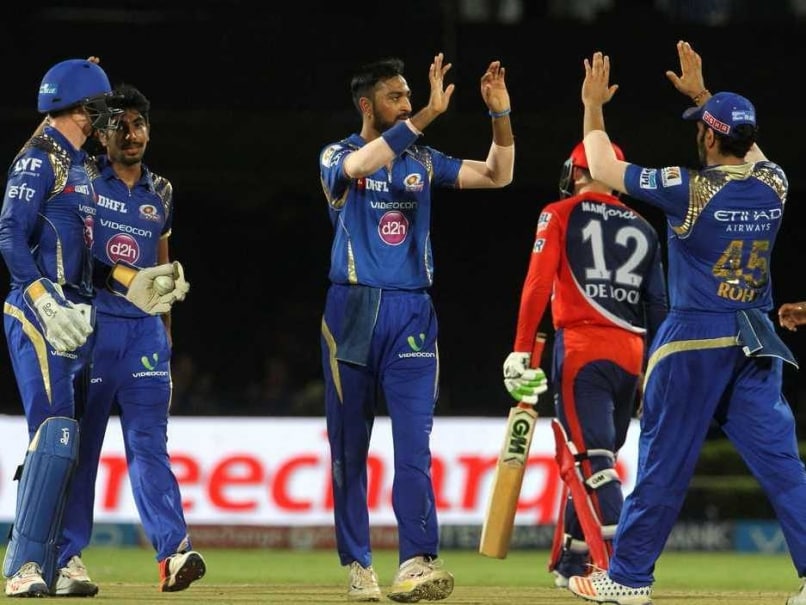 22:45 hrs IST: But replays show that the bat apparently hit the wicketkeeper's gloves which made the noise! Unlucky de Kock!

CAUGHT! K Nair tries to go over the top but hits the ball straight to Bumrah at short fine leg! #DilSeIndian #MIvDD pic.twitter.com/zS6EKisMmO

22:20 hrs IST:De Kock has given DD an explosive start 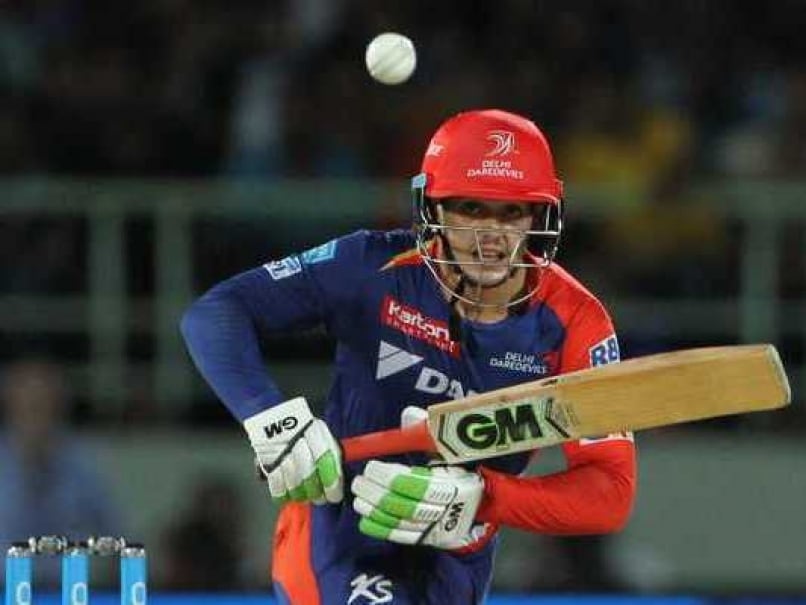 Quinton de Kock has given the Delhi Daredevils an explosive start.

22:00 hrs IST: Okay we are back and Harbhajan with the ball. Spin right at the start!

21:52 hrs IST:Take a break. We will be back soon for the second innings!

21:46 Â hrs IST: Krunal Pandya was definitely the hero of the innings. 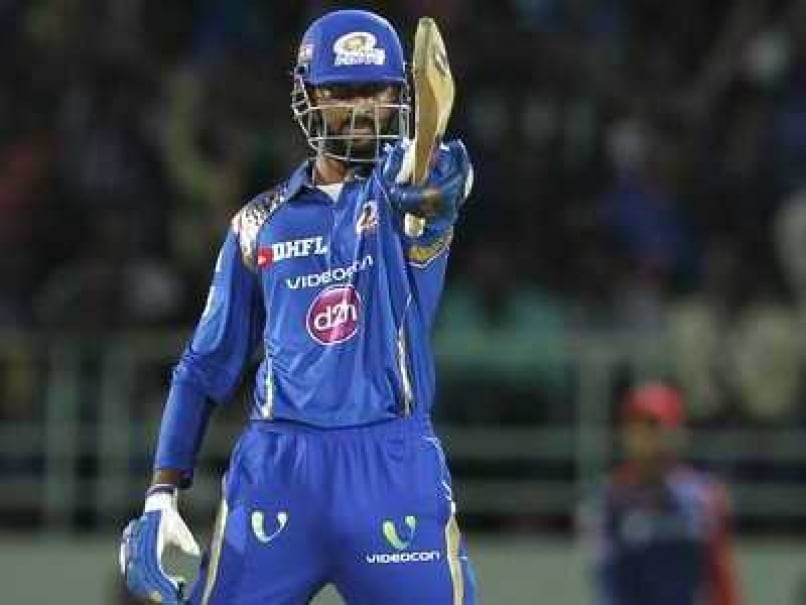 21:44 hrs IST: SIX to end the innings andÂMumbai Indians have powered to 206/4! This is a massive total on this ground!

21:34 hrs IST: Chris Morris strikes twice in the same over!

21:26 hrs IST: This is some incredible hitting by Krunal Pandya.

21:09 hrs IST:Â And with that six Krunal Pandya reaches his first IPL half-century and that too only in 22 balls! What a knock from this young man!

21:02 hrs IST: SIX!!! Two back to back sixes for Guptill.Imran Tahir in trouble!

20:52 hrs IST: Guptill has not just recovered from this but is looking for a big knock! 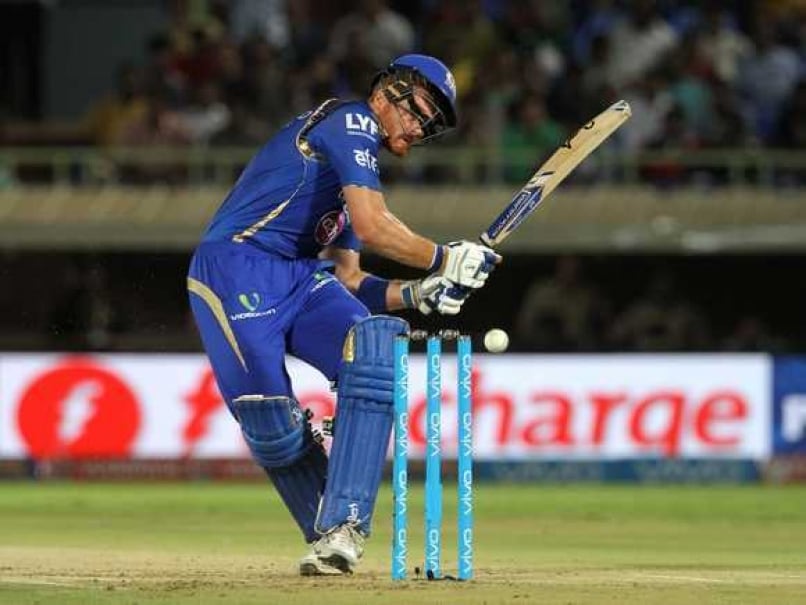 Mumbai Indians player Martin Guptill gets hit on his helmet by a ball bowled by Delhi Daredevils captain Zaheer Khan.

20:45 hrs IST: This is some big hitting from Guptill and Pandya!

20:38 hrs IST: Krunal Pandya and Martin Guptill at the crease

20:21 hrs IST: Ooooh! That hit Guptill right in the helmet, almost took it off. Aggressive bowling from Zaheer

20:12 hrs IST: Not just Tendulkar, his old India teammate Rahul Dravid is also out there. 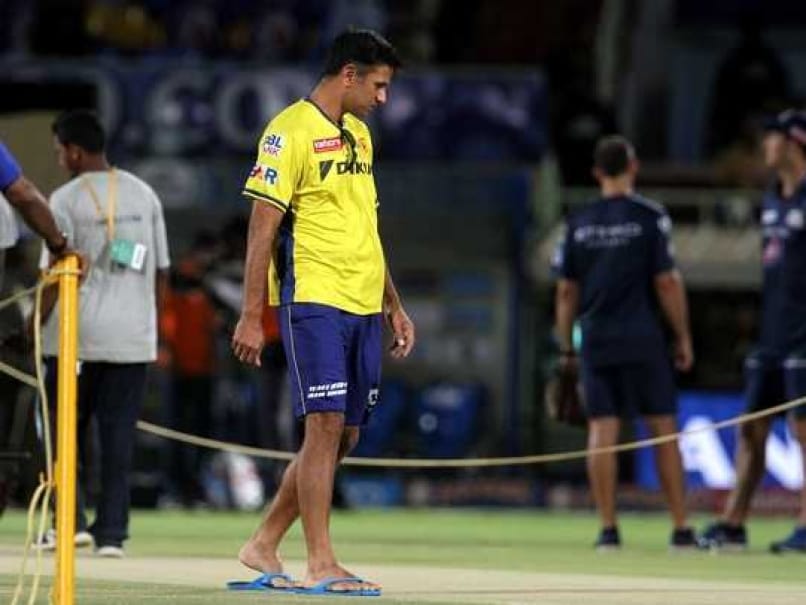 Delhi Daredevils mentor Rahul Dravid checks the pitch before the start of the match. 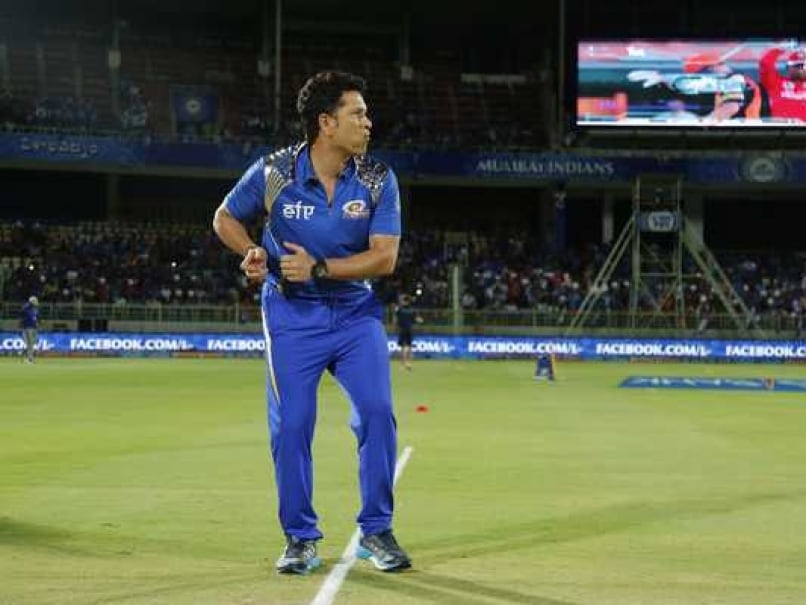 Mumbai Indians mentor Sachin Tendulkar before the start of the match.

19:54 hrs IST:Nice to see the Zaheer Khan and Rahul Dravid having a small chat ahead of the match.

.@ImZaheer and Dravid lead the @DelhiDaredevils' boys for the warm-up session ahead of the game against #MIhttps://t.co/KE9BPFi6J6

19:48 hrs IST: This is going to be a very crucial clash between the two teams!

19:43 hrs IST: Tahir, Zaheer and Nadeem come into the Delhi Daredevils side while Martin Guptill replacesTim Southee in the Mumbai Indians team Rohit Sharma has had a lean patch with the bat since his 85* against Rising Pune Supergiants.

Mumbai Indians are missing the Wankhede stadium, their fortress. In two 'home' games played in Vizag against Sunrisers Hyderabad and Kings XI Punjab, they have suffered heavy defeats. Their loss against the Murali-Vijay led team, was in particular, damaging as they failed to click in the batting and the bowling.

Ever since his 85* against Rising Pune Supergiants, Rohit's next three scores have been 5,25 and 15. His struggles in the last match against KXIPwas a worry and Mumbai Indians suffered. Barring Kieron Pollard and Nitish Rana, the batting needs to come good. The bowling has held up well thanks to Mitchell McClenaghan and Tim Southee but more is needed from the spinners, namely Harbhajan Singh. 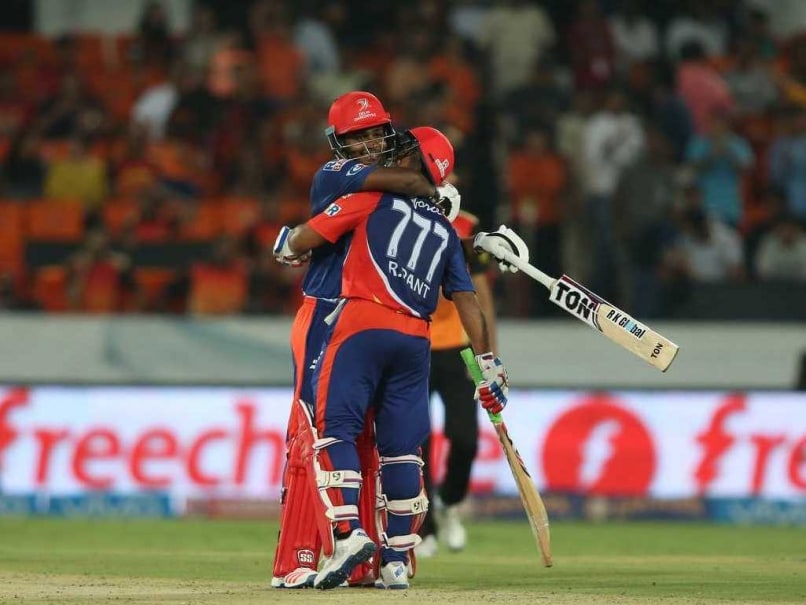 Delhi Daredevils - Flexible According to Conditions

They have benefited from the exploits of the young duo of Sanju Samson and Rishabh Pant. Both batsmen put out oa fabulous display to back up the earlier good work of the bowlers, notably Amit Mishra as they restricted Sunrisers Hyderabad.

However, they will be worried about Zaheer Khan's injury and they will be hoping that he is fit for this crucial game. A win against MI will give them sufficient breathing space, with Royal Challengers Bangalore mounting a fightback.