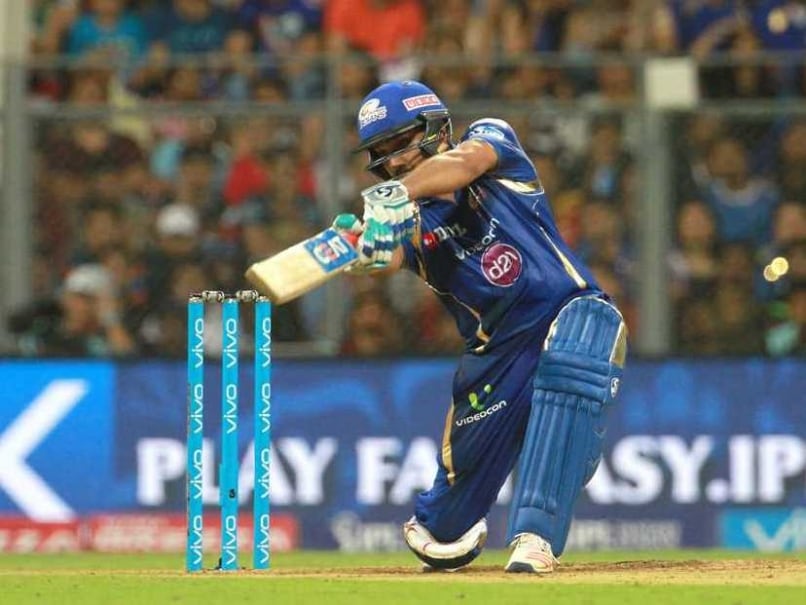 Rohit Sharma went past 3500 runs in the Indian Premier League, the second batsman to achieve the feat after Suresh Raina.© BCCI

Rohit Sharma was back to a batting position where he has constantly excelled for Team India. Against Royal Challengers Bangalore on Wednesday, Rohit opened the Mumbai Indians innings, stroked the ball well and scored a 44-ball 62 as the defending IPL champions won with plenty to spare.

One of the most gifted batsmen in the world, Rohit is among the IPL's top run-getters. It is a surprise that Mumbai Indians have not opened with him from Day 1 of IPL 2016. After the six-wicket win against RCB, MI is unlikely to use their captain as a floater.

Rohit completed 3,500 runs in IPL when he was on 12. His 62 took his IPL run aggregate to 3550. He became the second batsman in IPL to score 3,500-plus runs after Suresh Raina, now captain of IPL debutants the Gujarat Lions. Raina had 3770 IPL runs before Thursday's game against Sunrisers Hyderabad.

Rohit and his record of sixes

One of the cleanest hitters of the cricket ball, Sharma's game is studded with beautiful strokes all over the park. He achieved another landmark during the match against RCB. He scored three boundary sixes in this game.

Comments
Topics mentioned in this article
Mumbai Indians Rohit Sharma IPL 9 Cricket
Get the latest updates on Fifa Worldcup 2022 and check out  Fifa World Cup Schedule, Stats and Live Cricket Score. Like us on Facebook or follow us on Twitter for more sports updates. You can also download the NDTV Cricket app for Android or iOS.