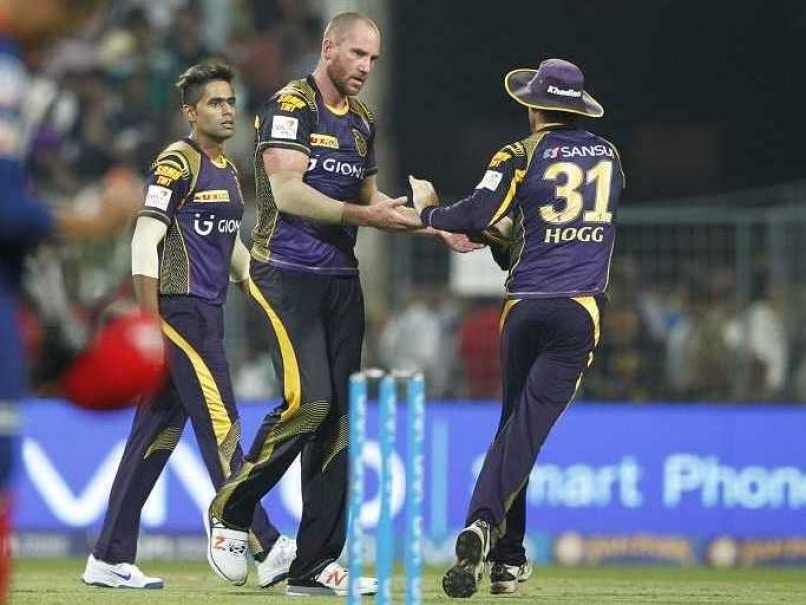 Kolkata Knight Riders will have to do without their leading Australian quickie John Hastings for the remainder of the Indian Premier League 2016 season. The burly pacer has gone home due to an ankle injury. KKR have sought a replacement from the IPL technical committee. (Indian Premier League 2016: Gautam Gambhir Helps Kolkata Knight Riders To Easy Win Over Sunrisers Hyderabad)

The 30-year-old New South Wales all-rounder made a good impact in the IPL. In KKR's first match against Delhi Daredevils, he took two wickets for six runs. Hastings bowled his full quota of overs against Mumbai Indians, conceded 31 runs and went wicketless.

Hastings hurt his ankle before the KKR-Mumbai Indians match in Kolkata on April 13. But he played the match with pain. KKR lost to Mumbai Indians at Eden Gardens.

The IPL has been hit by injuries to key players. Mumbai Indians are missing Lasith Malinga and Lendl Simmons. Royal Challengers Bangalore are missing Aussie tearaway Mitchell Starc, who has just recovered from injury and focusing on his national career first. (Lasith Malinga Ruled Out of 2016 Indian Premier League Due to Knee Injury)

KKR assistant coach Simon Katich told ESPNCricinfo: "He bowled through a fair bit of pain. He had a fair bit of scans after that, and he has flown back to Australia. It's a shame to see his campaign end prematurely.

"He had fitted in really well into the team, and he had performed well in a couple of games. Yeah, unfortunately he'll be doing a lot of rehab instead and working towards getting fit for the West Indies tour for Australia."

Comments
Topics mentioned in this article
Kolkata Knight Riders IPL 9 John Hastings Cricket
Get the latest updates on ICC T20 Worldcup 2022, check out the Schedule and Live Score. Like us on Facebook or follow us on Twitter for more sports updates. You can also download the NDTV Cricket app for Android or iOS.