The move comes in the wake of the Bombay High Court pulling up Board of Control for Cricket in India and Mumbai Cricket Association over "wastage" of water when the state is reeling under a severe drought. 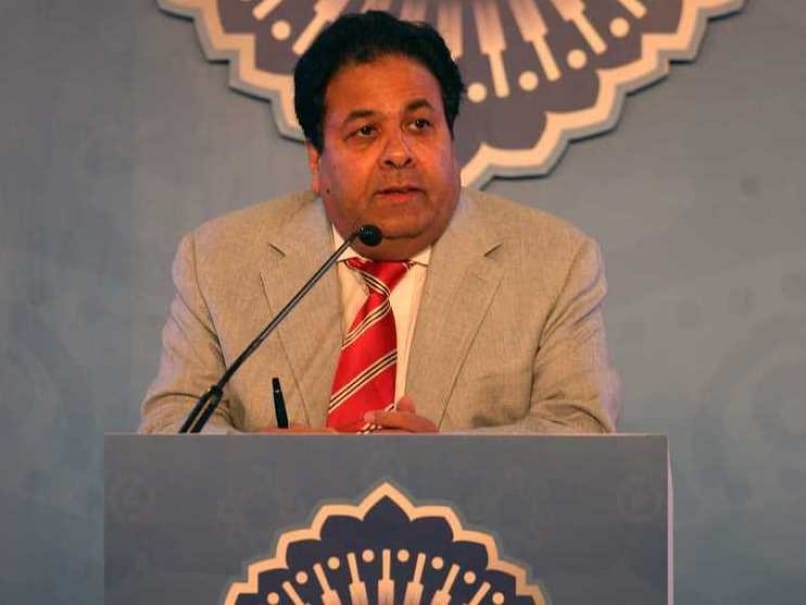 Rajeev Shukla is the chairman of the Indian Premier League.© BCCI

The Karnataka High Court on Thursday asked a petitioner to file a fresh plea on his seeking shifting of Indian Premier League (IPL) matches out of the state due to "severe drought". (Mumbai Indians- Rising Pune Supergiants Opener to Go Ahead As Planned)

"I made an attempt to move the High Court asking the BCCI (the Board of Control for Cricket in India) to shift IPL matches out of Karnataka as it is facing water problems and severe drought conditions," advocate Diwakar, the petitioner, told PTI in Bengaluru. (Bombay High Court Tells BCCI to Shift Matches From Drought-Hit Maharashtra)

The court, however, asked him to file the petition afresh as he did not make IPL Chairman Rajeev Shukla a party before the petition could be taken up for hearing, he said. (Rajeev Shukla Rules Out Shifting Indian Premier League Matches Out of Maharashtra)

"The court directed me to file the petition afresh on Monday as Rajeev Shukla was not made the party to the case," he said.

The move by the petitioner comes in the wake of the Bombay High Court pulling up BCCI and Maharashtra and Mumbai Cricket Association (MCA) over "wastage" of water when the state is reeling under a severe drought, on a plea against holding IPL.

The PIL had challenged the use of nearly 60 lakh litres of water to maintain pitches at the three stadiums in Maharashtra that are set to hold IPL matches -- Mumbai, Pune and Nagpur.

Comments
Topics mentioned in this article
IPL 9 M.Chinnaswamy Stadium, Bengaluru Wankhede Maharashtra Cricket Association Stadium, Pune Vidarbha Cricket Association Ground, Nagpur BCCI Cricket
Get the latest updates on IPL 2021, check out the IPL 2021 Schedule and Indian Premier League Live Score . Like us on Facebook or follow us on Twitter for more sports updates. You can also download the NDTV Cricket app for Android or iOS.