Post the 2014 IPL final against Kolkata Knight Riders when he hit a breathtaking hundred, it took 19 innings for Wriddhiman Saha to get another 50-plus score which he notched up against Delhi Daredevils. 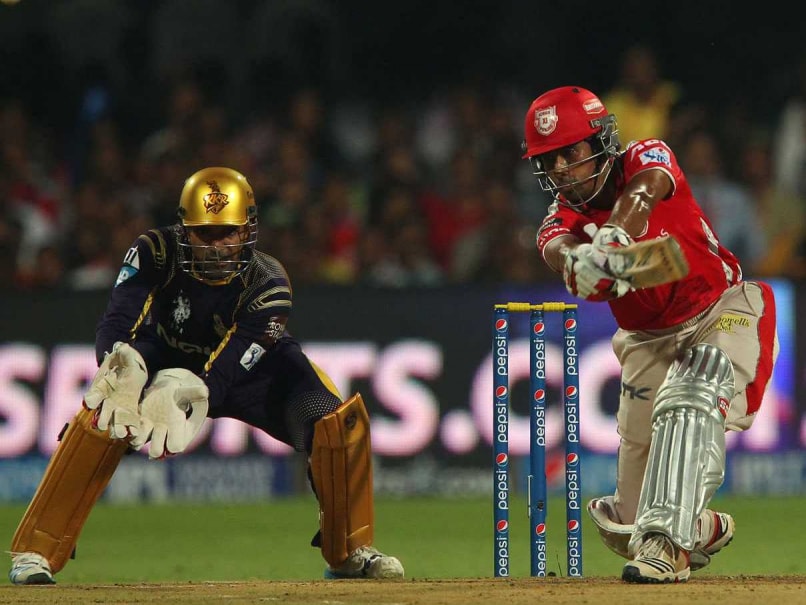 Wriddhiman Saha says his batting has improved because of the inputs received from Kings XI Punjab mentor Virender Sehwag.© BCCI

He has had poor run of form in the Indian Premier League since his century in the 2014 final but Kings XI Punjabwicketkeeper Wriddhiman Saha feels that interactions with Team Mentor Virender Sehwag has helped him improve as a batsman.

"Viru bhai (Sehwag)'s role as a mentor of Kings XI Punjab has really helped me personally as I have learnt a lot about batting in various conditions. It's not any specific tips but when you interact with a legend on a day to day basis, you pick up a lot. It did help me as I have again found some form going my way," Wriddhiman told PTI during an interaction on Monday.

Post 2014 IPL final against KKR when he hit a breathtaking hundred, it took 19 innings for the Bengal stumper to get another 50 plus score which he notched up against Delhi Daredevils. His scores in last three innings has been 19-ball-33, 20-ball-24 and 33-ball-52.

"Viru bhai tells me that my game is such that rotating the strike should always be an integral part of my batting. Whenever I get stuck up, I should try and rotate the strike more. As far as my batting form is concerned, yes there has been a phase where I batted in different positions. Also there were times when my shot selection was not wrong but execution went awry," Wriddhiman was candid in his explanation.

A reticent man, who keeps to himself, he is not bothered about the growing trend of batsman-keepers in the IPL teams like KL Rahul, Robin Uthappa (who has done it for some time).

The 31-year-old says that his philosophy does not change with changing times.

"I really don't look at what others are doing. In fact I don't need to. Yes, if Robin or KL is keeping wickets, that means their respective teams feel that they can add value with this aspect of their game. I may just catch up on TV if I see them keep but I will not sit back and analyse on the basis of that. I will do what I feel is best for me. I don't like to clutter my thoughts with lot of complications and would like to keep it like that," he said.

So has he mentally accepted the fact that he has been now dubbed as a Test specialist and perhaps IPL will only be the medium where he gets a taste of top-flight limited overs cricket?

"I never ever given it a thought as that's not my style. As of now, my focus is to help KXIP fight for a qualification berth and would like to give my all for that. Test series and all that I will think once IPL gets over," Saha replied.

But on a parting note, he did pay compliments to his colleagues Mohit Sharma and Sandeep Sharma for their brilliant death overs bowling against DD, the other night.

"They have been fantastic and was one of the best spells at the death that I have witnessed in the IPL. And both Mohit and Sandeep has been phenomenal for us in the death overs. I would also like to say that Vijay has been leading the side very well. As a keeper, I love the kind of field placements that he has been deploying as well as the bowling changes that he has effected," concluded Wriddhiman.