IPL: Virat Kohli Unhappy With His Batting Despite Win for Royal Challengers Bangalore Virat Kohli started off slowly but hung in to smash his third fifty in four games as well as a third century stand with AB de Villiers.© BCCI

Kohli, the RCB skipper, has has scores of 75,79,33 and 80 in the four matches so far but his partnership with AB de Villiers has been outstanding. In four games, the Kohli-de Villiers combine have raked up partnerships worth 157,107, 59 and 155.

However, despite his stupendous run, Kohli is not happy with the way he batted. "I wasn't happy with myself, the way I batted after 30-35 balls, but I figured out it was important to stay in with AB. He kept me going and told me to play the anchor role, so that he could play his shots," the RCB skipper said in the post-match presentation.

Kohli got going with a four and a six off Ishant Sharma in the third over but struggled for timing as the match progressed. From overs 6-16, he did not hit a single boundary and the frustration showed when he angrily whacked his pad with a bat when he mistimed a pull shot off Rajat Bhatia. He redeemed himself in the last three overs when he smashed four boundaries and one six to end up on 80 off 63 balls. 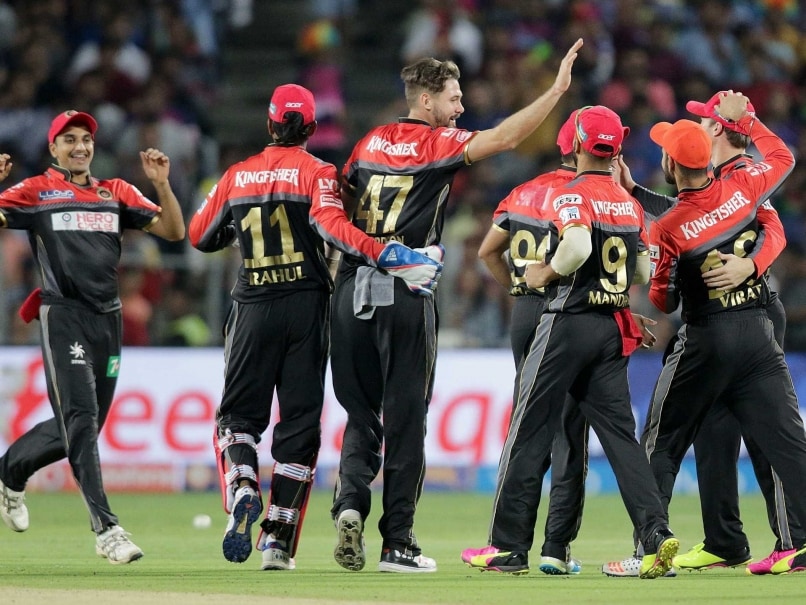 Rising Pune Supergiants had made a strong reply thanks to Ajinkya Rahane's 60. Thisara Perera took the attack to the RCB bowlers and plundered 25 runs in Harshal Patel's final over. The equation boiled down to 25 off 12 balls.

However, Shane Watson showed his experience and picked up the wickets of Perera and R Ashwin to give away just four runs in the 19th over. Kane Richardson picked up two wickets in the final over to seal a wonderful 13-run win. Kohli said this was a crucial factor.

"Watson showed his experience, and Kane to finish off things was quite good. It was good to see the guys not panic," Kohli added.

RCB will take on Gujarat Lions in their next match. The Suresh Raina-led team will be aiming to bounce back after suffering a 10-wicket loss to Sunrisers Hyderabad.