Virat Kohli is currently the highest run-getter in the 2016 Indian Premier League with 561 runs in nine matches. 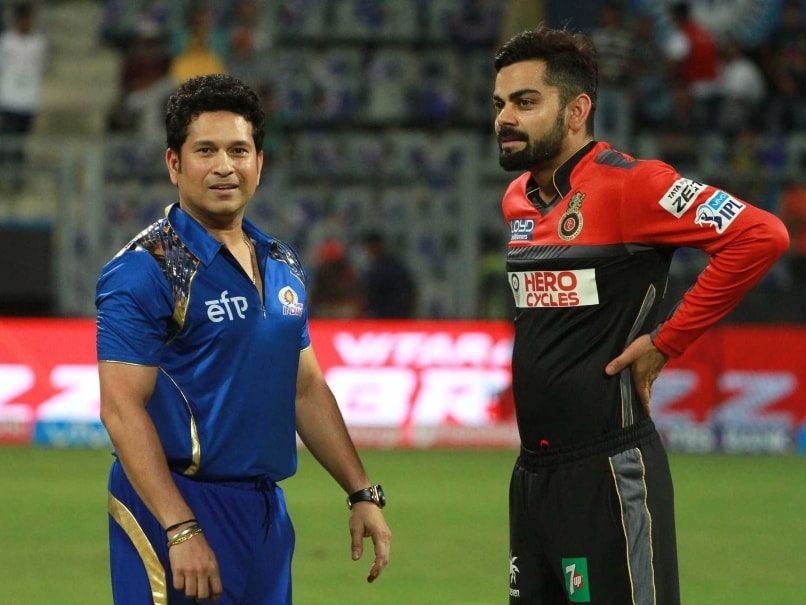 Virat Kohli should not be compared to Sachin Tendulkar, according to Kings XI Punjab mentor Virender Sehwag.© BCCI

India's Test skipper Kohli has been in sublime form over the past couple of months for his national side as well as his Indian Premier League (IPL) franchise, Royal Challengers Bangalore.

The Delhi-born batsman after winning the Man of the Tournament award in the recent World Twenty20, has smashed two centuries in the ongoing ninth edition of the cash-rich IPL tournament, and is the leading run-getter with 561 runs.

Sehwag, who is currently the mentor of Kings XI Punjab, also hailed Kohli as the most dangerous batsman at present.

"There are a lot of batsmen. But at the moment, I think, Kohli is the dangerous batsman. There is AB de Villiers, David Warner, but the way Virat is playing, the way he is scoring runs, he scored two tons in this IPL ... He is the most dangerous at the moment."

Commenting on the talks going on around the first day-night Test to be played between New Zealand and India later this year in the country, the 37-year-old said it would be good for fans and cricket lovers to view a new level of cricket.

"It is not officially announced yet but talks are going on. When BCCI announces it, it will be fair for us to comment.People want to see day-night Test. We have seen Australia-New Zealand playing a day-night Test."

"We will also want as a commentator, ex-cricketer, as a public or as a fan of cricket, that day-night eventually happens here and we'll go to witness it," Sehwag added.

Comments
Topics mentioned in this article
India Cricket Team Royal Challengers Bangalore Virat Kohli Sachin Ramesh Tendulkar Kings XI Punjab Virender Sehwag IPL 9 Cricket
Get the latest updates on ICC T20 Worldcup 2022, check out the Schedule and Live Score. Like us on Facebook or follow us on Twitter for more sports updates. You can also download the NDTV Cricket app for Android or iOS.