Virat Kohli scored 113 off just 50 balls to guide Royal Challengers Bangalore to a massive total of 211/3 in a rain-hit match. In reply, Kings XI Punjab could only manage 120/9 and lost the match by 82 runs (D/L). 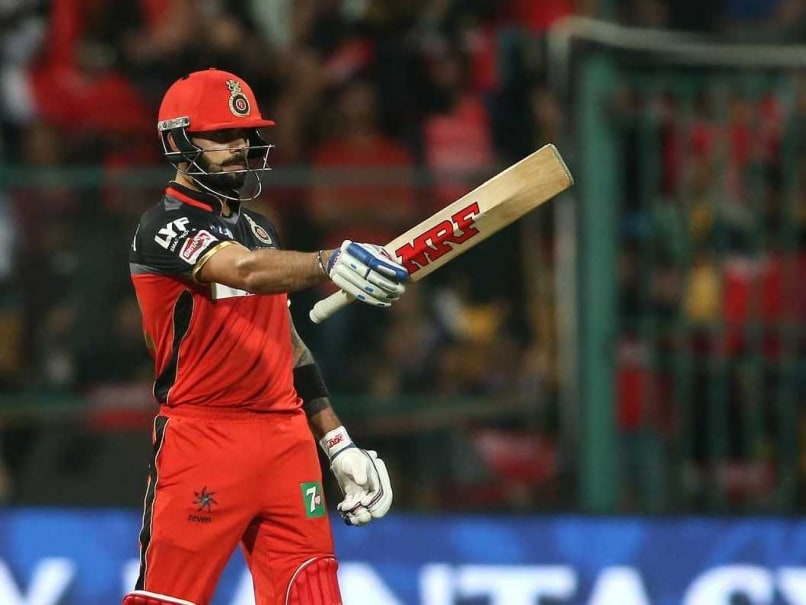 Kohli (113 off 50 balls) battled immense physical pain tonotch up his fourth century in the ongoing IPL season and also became the only batsman to score more than 800 runs in a single edition. His tally stands at 865 runs from 13 matches.

Kohli, who had sustained multiple stitches due to a split webbing in his left hand, hit 12 fours and eight sixes and alongwith Chris Gayle (73) amassed a whirlwind 147-run opening stand to help RCB post an imposing 211/3 after the match was reduced to a 15-over affair following heavy rain.

The hosts then returned to restrict Kings XI for 120 in 14 overs to register their seventh win and reach the second spot in points table with 14 points in 13 matches. They are now tied with Kolkata Knight Riders, Mumbai Indians and Gujarat Lions.

Chasing a mammoth 212 to win, none of the Kings XI batsmen could stitch a partnership as the pressure to hit big shots saw them make their way back in the hut. Wriddhiman Saha (24) was the top-scorer for Punjab.

For Bangalore, spinner Yuzvendra Chahal (4/25) returned with a four-wicket haul, while Sreenath Aravind (2/18) and Shane Watson (2/7) scalped two wickets each.

In the end, Punjab were 120-9 with just one over to go when heavens opened up again and the result of the match was decided by the Duckworth-Lewis method.

Earlier, Kohli and Gayle butchered the Kings XI Punjab bowlers with a 66-ball 147-run stand after being asked to take the first strike by Kings XI Punjab skipper Murali Vijay following a delayed start due to rain.

Gayle started the onslaught early on and his scintillating 32-ball innings was studded with four boundaries and eight sixes. Kohli also continued his rampaging form as the duo amassed 53 runs in the Powerplay overs.

The RCB skipper reached his fifty in 28 balls and alongwith Gayle brought up the team's hundred in 8.5 overs at the M Chinnaswamy Stadium.

Gayle reached his 50 off 26 balls in the ninth over with the help of a flat six off Axar Patel over deep midwicket. However, he was dismissed in the 11th over caught by David Miller at long-off.

Four balls later, AB de Villiers (0) was sent back to the pavillion by Kyle Abbott when the South African was trying to make room to play a shot only to end up dragging it back onto the stumps.

In the third ball of the 14th over, Kohli flicked Sharma between deep midwicket and long-on to reach his three-figure landmark and then gestured at his left hand, indicating the pain that he endured through the innings.

Kohli then blasted Sharma for a six and a four before another attempt to sent him out of the park ended with a mishit, which was safely caught by Miller at long-off.