Sunrisers Hyderabad were not close to their best during their Indian Premier League match against Delhi Daredevils, according to Naman Ojha 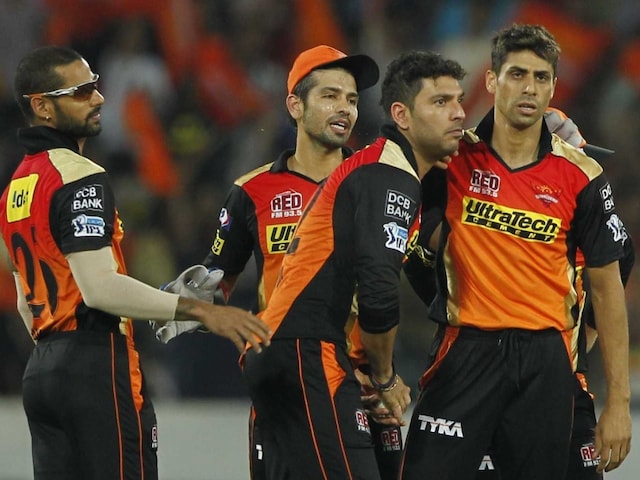 Wicketkeeper-batsman Naman Ojha has described Sunrisers Hyderabad's performance against Delhi Daredevils as "below par" and said their batsmen need to capitalise on the starts and convert them into big scores during the upcoming IPL matches.

"I think its below par. I think we need to pull up our socks and make sure that whoever is batting on 25, 30, convert those 25-30 runs into big one," he said in the post-match press conference.

After a run of four wins that catapulted the team to the top of the points table, Sunrisers Hyderabad suffered a seven-wicket loss to Delhi Daredevils in their last match at the Rajiv Gandhi International Cricket stadium here.

Ojha said the team would ponder over the loss, practice hard and try to come back stronger.

"In every game, some make mistakes and some make most of it. Today's match, we have not played to our potential. We will go back and we will have couple of days rest, recover and practice and then again we will play. You never know in cricket what is going to happen," he said.

Observing that it is difficult for a new batsman to settle down and steer the innings in the event of early dismissal of batsmen, Ojha said a batsman who makes some 20 runs after consuming an equal number of balls should play through the innings.

"I think that's not a concern. Any of the guys who scored 20-25 runs has to go through the innings. I think that is the most important thing. It's very difficult for a new comer to come in and again consume those balls and again start," he said.

Replying to a query, Ojha said the team has some good spinners too in its ranks.

"We have a couple of good spinners in Karn and Bipul. They are working hard at the nets. Let's see," he said.

Talking about their batting unit, Ojha said: "I think after David (Warner) and Shikhar (Dhawan) got out, we have Yuvraj (Singh) in the middle order. He is a very experienced player and Kane (Williamson) is New Zealand Captain. So, they both are experienced.

"Coming down, (Moises) Henriques is there and (Deepak) Hooda coming and then I am coming (to bat). By the time, I come, I think its hardly 10-12 balls left."

Comments
Topics mentioned in this article
IPL 9 Naman Ojha Sunrisers Hyderabad Cricket
Get the latest Cricket news, check out the India cricket schedule, Cricket live score . Like us on Facebook or follow us on Twitter for more sports updates. You can also download the NDTV Cricket app for Android or iOS.