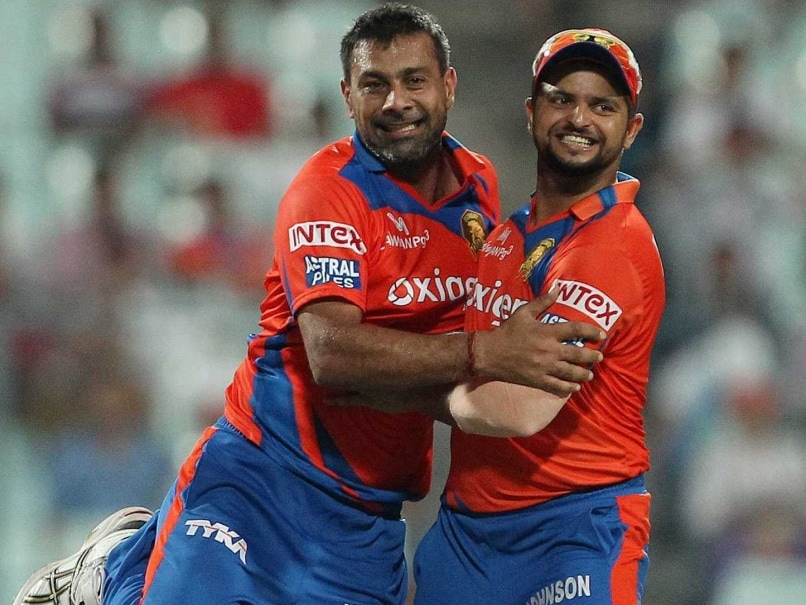 Gujarat Lions were pleasantly surprised to see a seaming track on offer at the Edens Gardens and made full use of the conditions to set up a five-wicket win over Kolkata Knight Riders in Indian Premier League, said veteran seamer Praveen Kumar. He also thanked captain Suresh Raina for relying on him.

Known for its slow and turning wickets, the Eden's thin grass boosted Praveen, who rattled the top order with his match-winning 2/19 to restrict KKR to 158/4, a target they chased down in 18 overs with five wickets in hand to return to the top of the points table.

"We were surprised to see this wicket. We were expecting a rank-turner. There was a bit of juice in the wicket initially, with a bit of grass that made some difference. We bowled in the right areas and got early breakthroughs so it helped us. It was a double-pace wicket," Praveen Kumar said.

Praveen took two wickets in three balls which included in-form Gautam Gambhir (5) as KKR were tottering at 24/4 in 5.5 overs before Shakib Al Hasan (66 not out) and Yusuf Pathan (63 not out) staged a recovery.

He, however, disagreed that toss played a crucial factor as Gujarat Lions returned to winning ways after a hat-trick of losses.

"Toss does not matter much, you have to give your 100 per cent. If you play well, you will come up in the table, like Sunrisers Hyderabad did (in the previous match today)."

Giving the team the credit for having full faith on him, he said: "My team has full faith in me, Raina trusts me. Getting wickets is really not in your hands. One day you can get hit and the next day you may get four wickets also and win the match in this format. You always want to do well. But this format is very unpredictable."

Asked whether he's eyeing an India comeback like another veteran Ashish Nehra, he said, "I follow a simple principle, I just focus on my performance, work hard and win the match for your team. That's my job. I don't think what others saying or doing."

Aaron Finch once again batted lower the order and Praveen said, "It's a strategy to play him in the middle. It's about being flexible."

Comments
Topics mentioned in this article
Praveen Kumar Suresh Raina Gujarat Lions Kolkata Knight Riders IPL 9 Cricket
Get the latest updates on ICC T20 Worldcup 2022 and CWG 2022 check out the Schedule, Live Score and Medals Tally. Like us on Facebook or follow us on Twitter for more sports updates. You can also download the NDTV Cricket app for Android or iOS.